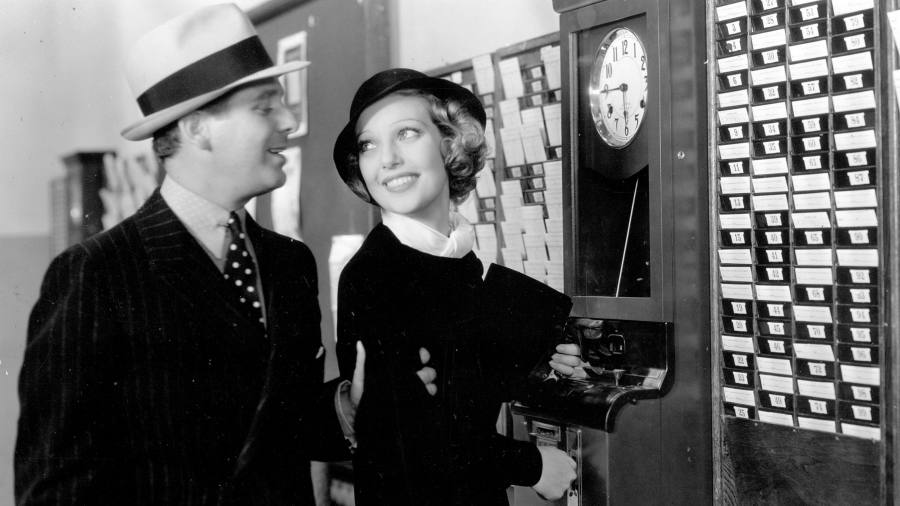 Work is a four letter word

When did the workplace become a battlefield? When did our boss become the enemy? Or maybe not the enemy, but a sad simulacrum of Officeis that david brent?

As Morrissey once sang, before he was sent into celebrity exile for becoming extremely old-fashioned politically, work is a four-letter word. And now, it seems, more than ever. Culturally, the office is in crisis: seen as a kind of workhouse, where employees have to toil in spite of themselves in a state of torpor and dejection and where management has to bring staff back to have a meeting with free drinks and morsels. of cake. Advice columns fill up with pointers on how to renegotiate your work hours and get the “balance” right.

On social media, the hot topics are always burnout and depression, and how to regain “self-power”. Life is a vision board to stick your dreams on. Or, to quote Meghan de Montecito in her interview with New York Magazine’s The Cut on life outside the Windsor bubble: “You have within you the power to create a life greater than any fairy tale you have ever read.

She was of course referring to the fact that she is a princess: at least in people’s hearts and minds. It was by chance that she gave up the official title and any interest in performing real princess duties when she and her husband moved to California and left everything royal behind.

But she believes in it. And she owns it. And who doesn’t have the right to dream? It’s not about the actual title, it’s about what it deserves to be.

I understand that employees are upset: wages are well below inflation, house prices are prohibitive, and the WFH experience has reassessed how and where we do our work. This is a particularly tense time in the workplace, as many sectors threaten to strike and the cost of living crisis has taken a toll on financial plans.

I am not being flippant about this crisis, nor am I suggesting that employees might not have legitimate concerns. But I’m depressed by the emergence of a mindset, fueled by TikTok and social media, that celebrates a culture of entitlement and doing the bare minimum at work. Now we have “silent abandonment”, as coined by TikTok user and musician @zaidsmusic. “You don’t just quit your job,” he says of the change in mindset toward work. “You no longer subscribe to the hustle culture mentality that work should be your life.”

It’s likely easier to quit smoking quietly if you’re browsing through spreadsheets of data or doing other solo tasks than in other areas of work. I’m curious, however, how silent abandonment might occur in other work environments where the bare minimum test is slightly more opaque. Can a leader resign, for example? Is the flavor and care with which a dish is presented part of a basic professional obligation or would it be considered “beyond”?

Although it’s probably old fashioned, I want to believe we should be proud of doing it right

Or what about those who work in healthcare? Is it okay to disregard the patient’s suffering if all you need to do is done? Should a nurse show more tenderness when changing a dressing? Or help a new mother, to whom she officially has no “duty of care”? Should a surgeon be expected to put a little more effort into making sure you get a tidy scar? Maybe a barber who would quietly quit would cut your hair with total skill, but offer no small talk, or turn down that extra zush of spray. Again, hairstylists are often cited as enjoying the highest rates of job satisfaction – they are strong subscribers to the idea that work can be your life.

Quiet quitters have always sat among us. Once upon a time, they were called slackers, some kind of counterculture waster who wants to go after the man. Alternatively, there’s the watchmaker, that joyless pedant who puts on a huge performance by taking every second of his lunch hour and clocking in at 6 p.m. sharp. But while watchmakers get a bad rap, the silent quitter is presented as something of a modern worker’s folk hero – the 2022 equivalent of Sally Field stamping on the factory counter in the Oscar-winning drama Norma Raeif Norma Rae sat in her home office rather than a textile factory, and didn’t operate machinery but plod through emails.

Quietly quitting, it is argued, should serve as a sort of corrective to a work culture that has been rendered toxic by the failure to recognize or compensate staff. To quote all the wellness gurus: no one lies on their deathbed wishing they had spent more time at work. But, I’m not sure the idea is that revolutionary. The quiet quitter was still among us. Just as there have always been “above and beyond” people working very hard to clean up all the mess left behind by lazy people and, in my experience, less likely to complain.

And while it’s probably old-fashioned, I want to believe we should be proud of doing things the best we can. Am I such a tragic “Boomer” that I think worthwhile work is worth doing well? And, unless we’re all in this together, the silent resignation movement will only further deepen those fissures in the workplace that put our individual needs ahead of everyone’s well-being.

Join us on Saturday September 3 to listen Jo Ellison and over 100 authors, scientists, politicians, chefs, artists and journalists at Kenwood House Gardens, London. Choose from 10 tents filled with ideas and inspiration and a range of perspectives, featuring everything from debates to tastings, performances and more. Book your pass at ft.com/ftwf

Kevin. partners with Switchio by Monet+