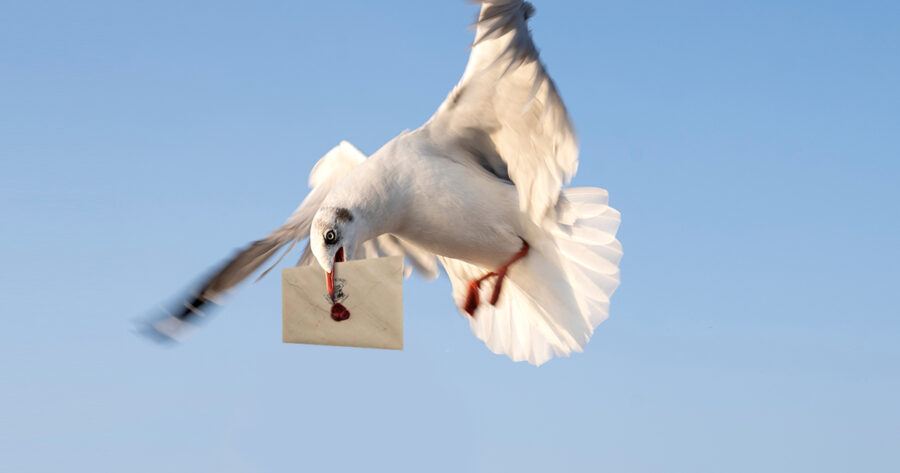 YOUNGSTOWN, Ohio — Municipal cuts to magical education have forced the communications team at Lemonpeel Community College for Witchcraft and Wizardry to start seagulling letters, according to those familiar with the situation.

“Of course, owls are the norm, but there’s no rule that says you can’t use other birds,” said Ronald Knutson, registrar of Lemonpeel. “And frankly, owls aren’t really worth the price. It is entirely a matter of prestige. Seagulls can be loud, dirty and annoying, but that’s what we have. Hope the kids feel just as excited when they see one of these assholes knocking on their window at 7 a.m. with an acceptance letter.

Knutson explained that the school chose the seagulls because the birds were already around campus, so “you might as well catch them.”

“One of the advantages of going to a university near the ocean! They are like beach rats. And believe me, we first tried taping the letters to the rats and it was a nightmare,” Knutson noted. “Honestly, it was like killing two birds with one stone because we were spending a fortune on wire netting and bin lids to keep the gulls out. a way from campus. Without forgetting that we threw stones at them; I didn’t realize it was just an expression until recently, actually. So now we catch them and put them to work like everyone else.

When asked if the faculty use magic to catch birds, Knutson said no.

Despite Knutson’s positive outlook on the seagull situation, some students and faculty questioned whether the trade-offs were worth it.

“I don’t even think I was supposed to get this letter,” said Lemonpeel sophomore Kelda Samuelsson. “Neither of my parents are wizards and I haven’t cast any spells yet. I tried to talk to some of my teachers about it, but they said it didn’t matter. one of them told me that about 50% of the bureaucratic positions in the Ministry of Magic don’t even use magic. It’s just Excel spreadsheets, for the most part. So I’m going to continue until someone tell me to stop.

“I would say one in five letters are delivered to a muggle,” said potions professor Daniel McTaggart. “A few years ago we let a house-elf graduate. It was a total accident, but apparently it’s actually a pretty gradual thing to do, so we ended up getting a ton of praise. Meanwhile, the campus is covered in seagull shit.

According to close sources, there have also been other challenges.

“The worst part was when the seagulls burst into my lab and drank a bunch of intelligence potions,” McTaggard said. “They, uh… well, I guess I don’t even know if they’re really gulls anymore.” They are something more.

When asked if the school would consider returning to the Owls to deliver their mail, Knutson shuddered. “I guess it depends on the gulls.”

The multitude of small cybersecurity outputs is it a sign of things to come?