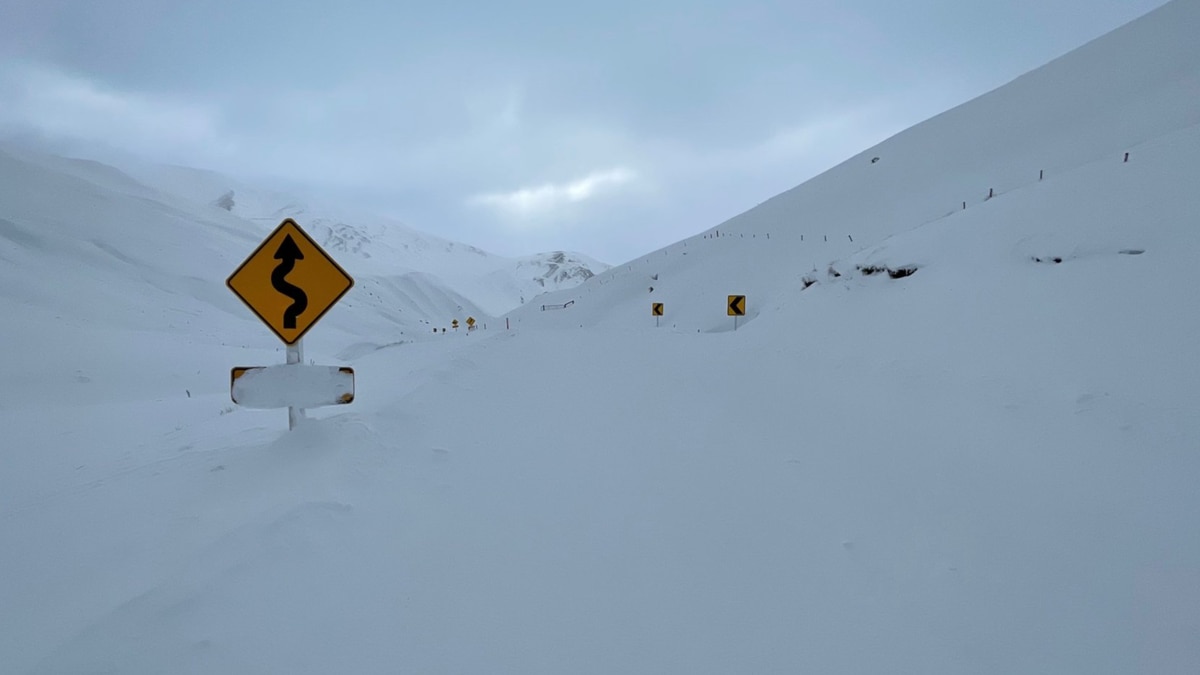 The Crown Range has been reopened after a heavy snowfall caused an avalanche hazard on the road.

The road was closed on Monday as a cold spell swept across the country.

A Queenstown Lakes District Council spokesperson confirmed it had reopened on Thursday morning.

An avalanche assessment was completed on Tuesday and road crews were working to clear “an impressive amount of snow” from the road.

Motorists are warned to always exercise caution on the road due to gravel and some “icy spots”.

Meanwhile, the upper portion of the Tiki Trail will be closed for the next few days due to recent snowfall and freezing conditions, QLDC announced today. An alternate route is to take the Skyline Access Road where people can then join the Tiki Trail. Signage is in place.

Lindis Pass (SH8) has been blasted but there are still patches of ice around so extra care is needed if using this route today.

Crews continue to work hard to clear the top of the Crown Range. We hope that the road will be open again tomorrow morning, but we will confirm this in our winter road report before 7:00. pic.twitter.com/hdFlcbKFtj

In central Otago, the Danseys Pass road was closed due to snow on the Waitaki side, but reopened this morning. However, the road is for 4WD vehicles only (from the gates after Danseys Pass Hotel).

MetService meteorologist Lewis Ferris said the average June temperature for Queenstown was 9 degrees Celsius, but it was unusual for the temperature to stay in the single digits for so long.

“Usually we would have a series of southerly winds and then they would turn north and bring a day or two of warmer temperatures before the next south comes in. We don’t see that at the moment.”

Ferris said the shift in wind direction to the southwest was keeping a persistent flow of cool air across the country, alongside a heavy snow watch for southern Central Otago, Clutha and much of Southland. and Fiordland today.

He said snow was expected down to 300m, with periods of heavy snow possible above 400m.

Snowfall amounts can approach warning criteria above 400m, he said.

The Cardrona ski area was supposed to open today but has pushed it back to tomorrow. Coronet Peak was also due to open tomorrow.

Winds gusted up to 131 mph in parts of Otago and Southland yesterday, and strong wind warnings and watches were still in effect across the region today, where severe gales of west to southwest could blow up to 120 km/h in exposed places.

Winds are expected to ease tomorrow and Friday, he said.