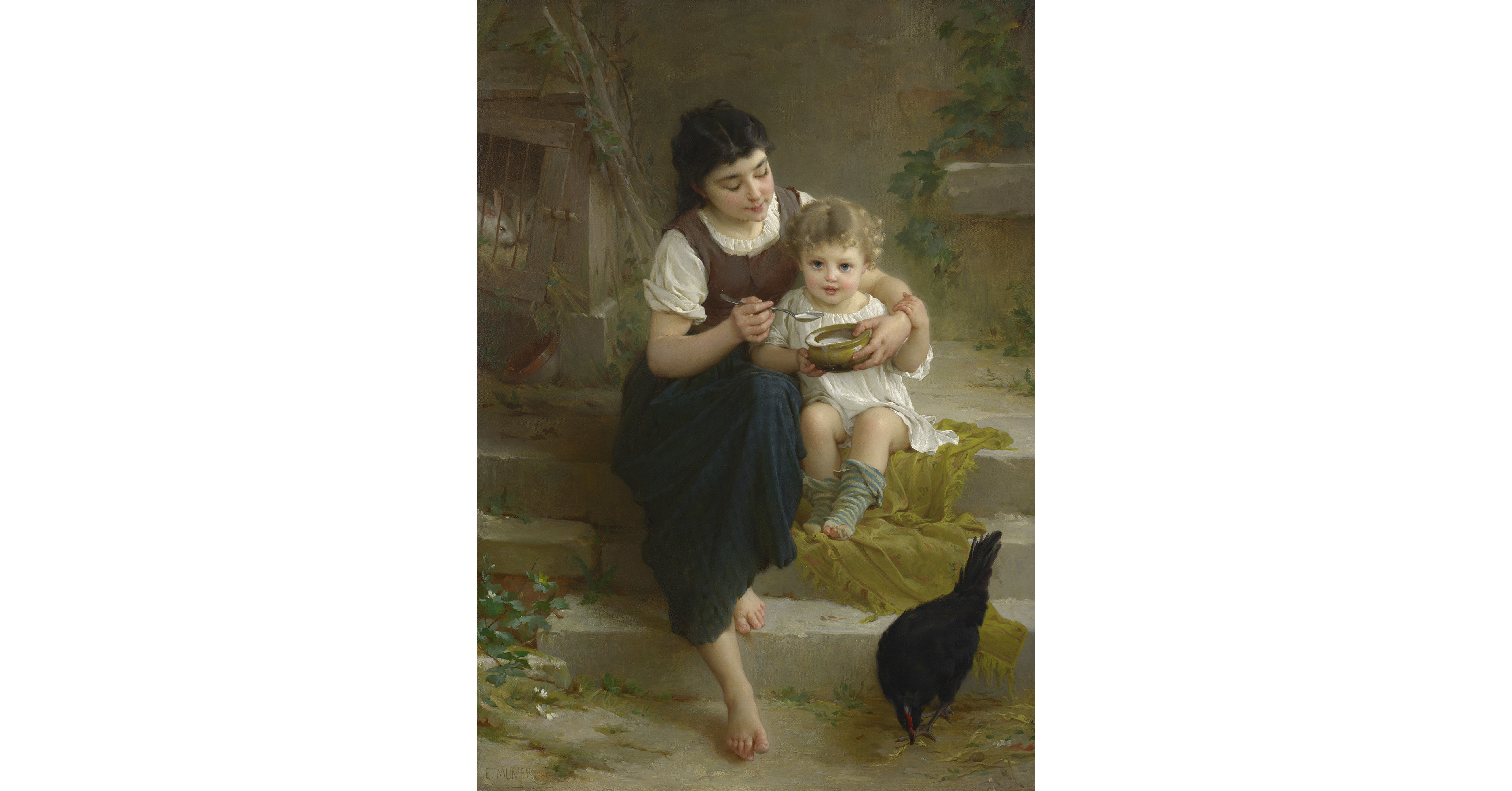 The catalog raisonné project began in 2003 when Howard Rehs began researching the life and work of the 19th century French artist. Like many artists of the time, information about Munier was scarce. While the Frick Art Reference Library and the Getty Research Institute have proven to be valuable resources for information on the artist’s work and sales, there is still much research to be done on his personal life.

Emile Munier was born in Paris on June 2, 1840. His father, Pierre François Munier, was an upholsterer at the historic National Manufacture of Gobelins and his mother, Marie Louise Carpentier, was a polisher in a cashmere mill. Les Gobelins was a factory that gained notoriety for supplying French monarchs with tapestries, furniture and other fine products since the 1600s. Their workshop was known for welcoming up-and-coming talent and the Munier brothers showed a artistic ability from an early age; Emile’s first self-portrait dates from 1854 when he was only 14 years old. As such, they entered the Gobelins, took drawing lessons (with Abel Lucas), painting, anatomy, perspective and chemistry in relation to the dyeing of wool.

During Emile’s stay at Les Gobelins, he met Henrietta LucasAbel’s daughter, and the two were married in 1861. In 1867, Henriette gave birth to their son Emile Henry, and about ten weeks later she died of complications from severe rheumatism. In 1871, Emile left the Gobelins and devoted himself to painting and teaching.

The following year he would remarry close friend and fellow artist Sargines Angrand-Campenon; the couple moved to 8 rue des Beaux-Arts, where Corot and Fantin-Latour had workshops. It was at this time that he entered the studio of William A. Bouguereau (who, in 1872, obtained a part-time teaching position at the Académie Julian). The two became very close friends, and Munier is even said to have created several of Bouguereau’s reductions.

Munier exhibited his first painting at the Paris Salon in 1869 and exhibited there until his untimely death in 1895.

Director Howard Rehs commented: “Over the past few years, we have been working to develop a new program for our catalog raisonné, giving us more flexibility with data and image entry. Alyssa Rehs and Lance Rehs were responsible for the final, more contemporary look of the website. We are very pleased with the results and have now updated our three catalog raisonné sites, the others being www.juliendupre.org and www.antoineblanchard.org.”

The Emile Munier virtual catalog raisonné is an ongoing project accessible on: https://www.emilemunier.org. Anyone with additional information on the life or work of Emile Munier should contact the gallery via the Munier website or by calling Howard Rehs at (212) 355-5710.

Rehs Galleries Inc. is, together with its directors, considered one of the world’s leading dealers in 19th and early 20th century European paintings and is currently involved in the catalog raisonné research projects of Daniel Ridgway Knight, Julien Dupré, Emile Munier and Anthony. Blanchard. Howard Rehs was a past president of the Fine Art Dealers Association, currently serves on the board of directors of the Council of Antiquities, and has been a member of the Internal Revenue Service’s Art Advisory Committee since 2008.