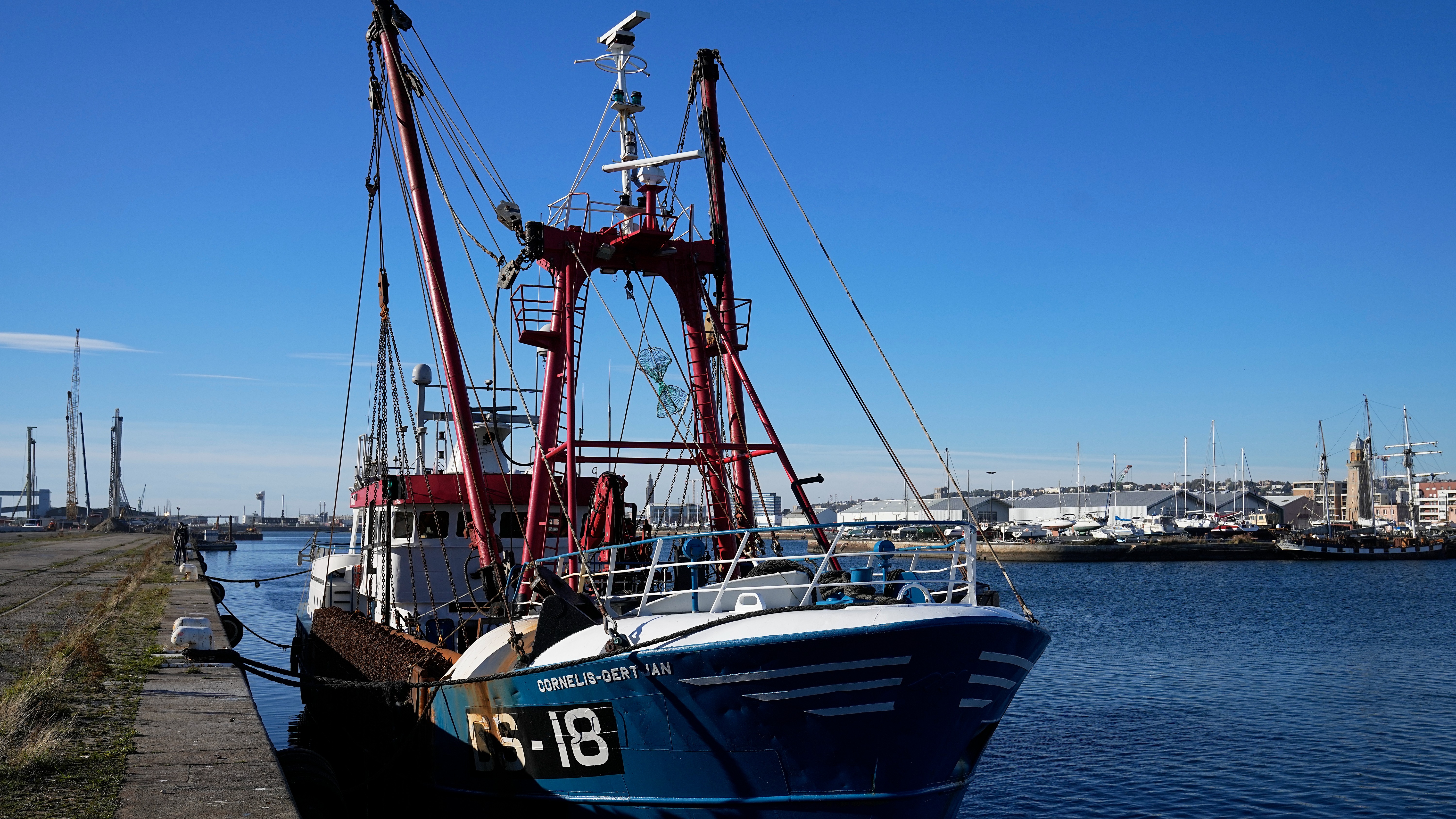 Sources close to the owners of the fishing vessel arrested in France told ITV News that all the government had to do was call to apologize for an apparent administrative error.

Amid a deepening row over post-Brexit fishing rights, the Cornells are being held in France as the government faces calls to intervene and defend British fishermen.

A British government spokesperson said Thursday evening that the French ambassador would be summoned to the Foreign Office accordingly.

ITV News correspondent in the west of England, Rupert Evelyn, understands that the skipper of the Cornelis has shown his license to fish in French waters, which has satisfied local authorities.

But due to an apparent administrative error by the government’s Marine Management Organization (MMO) – which manages English fishing capacity – the vessel is still being held up in France.

Rupert Evelyn reported: “Sources close to the owners of the Cornelis-Gertjan tell me that all the UK government has to do is pick up the phone and apologize to the French for their spreadsheet error.

Why was the vessel held up?

The Cornelis scallop was ordered to divert to the port of Le Havre after French authorities said it was fishing in French waters without a license.

The French said another British trawler was fined for obstruction after refusing to allow police to board for checks.

Why is there a fishing dispute between the UK and France?

Fishing has been a major point of contention between the UK and the EU during and after the Brexit negotiations, with both sides struggling to agree on future rights in European waters.

Earlier tensions with France over fishing rights prompted Royal Navy vessels to rush to Jersey amid fears of a blockade of the island.

More recently, the UK and Jersey have refused requests from dozens of French boats to fish in their waters in what Paris has called a violation of Britain’s post-Brexit trade deal with the EU.

France has said it will seek support from Brussels for possible “retaliatory measures” and has also threatened to cut the UK off from energy supplies.

French ministers have warned they will block British ships in some French ports and tighten controls on ships traveling between France and the UK if the issue is not resolved by Tuesday.

Environment Secretary Eustice said the French threats appeared to violate international law and warned the UK would respond in an “appropriate and calibrated” manner if carried out.

What did the shipowner say?

The owner of the Cornelis, Macduff Shellfish, said the vessel was fishing legally in French waters and called on the UK government to protect the rights of UK fishermen.

Andrew Brown, Director of Sustainability and Public Affairs at Macduff, said: “It appears our vessel has been caught up in the ongoing dispute between the UK and France over the implementation of the fisheries agreement. on Brexit.

“The Cornelis has sockets on board. This can be confiscated by the French authorities unless a speedy resolution is obtained.

“We expect the UK government to stand up for the rights of the UK fishing fleet and to ensure that fishing rights under the Brexit Fisheries Agreement are fully respected by the EU.”

So what is the UK government doing?

In a sign of growing concern in Westminster, Brexit Minister Lord Frost chaired a meeting to consider the government’s response.

“The proposed French actions are unwarranted and do not appear to be compatible on the EU’s part with the Trade and Cooperation Agreement (ACT) or broader international law,” a British government spokesperson said.

“We regret the confrontational language that has been constantly used by the French government on this issue, which does not make this situation easier to resolve.

“We have strongly expressed our concerns to both the French Commission and the European Commission.

“As a next step, the Minister of Foreign Affairs has instructed Minister (Wendy) Morton to summon the French Ambassador.”

What did France say?

“And so, from November 2, it’s over: we will engage in dialogue if the British wish, but we are taking retaliatory measures. “

He added: “Now we have to speak the language of force because unfortunately that seems to be the only thing this UK government understands.”

If the dispute is not resolved by November 2, France’s sanctions could include:

“It’s not war, it’s a fight,” she said. “The French and the fishermen have rights. An agreement has been signed.

“We must enforce this agreement. We have fishing rights, we must defend them and we will defend them.

With ‘Metaverse’, Facebook aims to enter the sphere of virtual reality, but what does that imply?

The music of the feeders | News, Sports, Jobs

Look back to move forward