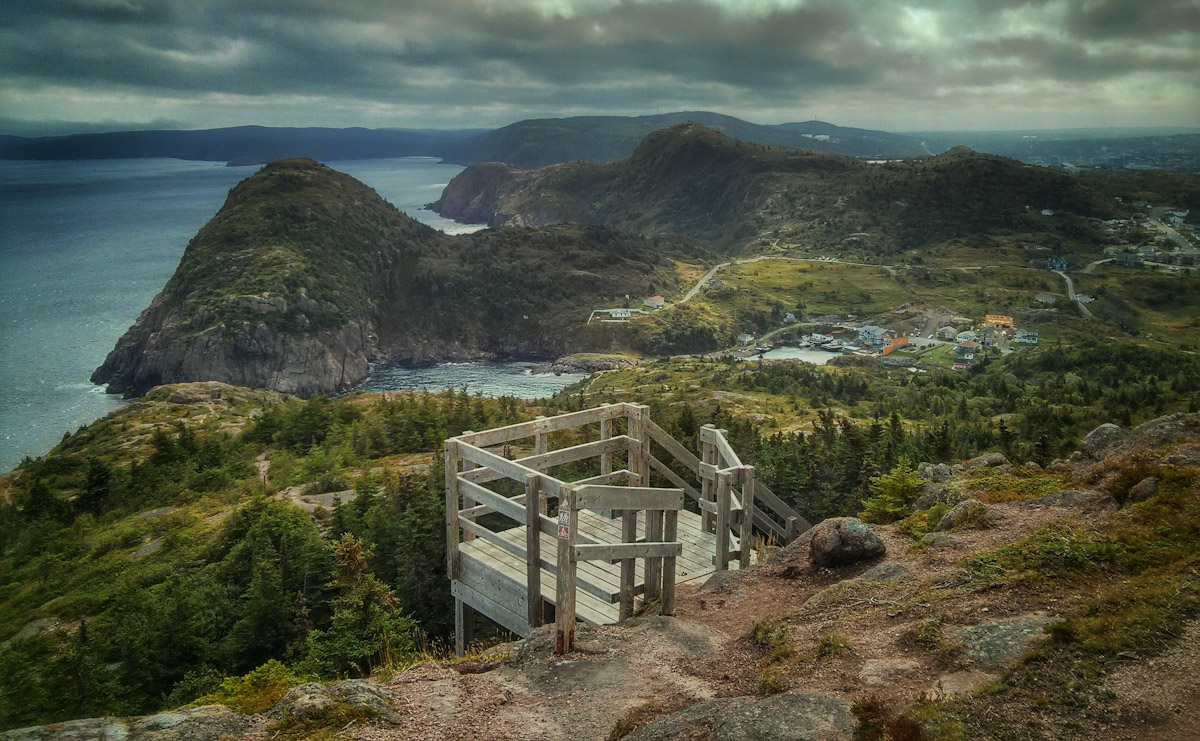 The universe made me do it…

For the past month I have been asked why I chose to hike this trail. I have never expressed any interest in hiking in eastern Canada or even researched hiking in the eastern provinces. The truth is, I stumbled onto the runway by accident and booked a plane ticket only three days later.

As I sat in front of my laptop, I was trying to plan a road trip to British Columbia for my next vacation. I backed off just thinking about how much gas it would cost me on this trip. I originally planned to do a road trip last summer. However, I decided to postpone the trip due to wildfires and pandemic restrictions. Gas prices are now a dollar higher than last summer, forcing me to look for ways to reduce my driving time. I decided to consider a few short hikes that I could do shorter trips with in between. Turning to Google, I start looking for new hikes in the area. I start typing “North Coast Trail” (which is in British Columbia) into the search engine but instead…I type East Coast Trail.

Do you sometimes feel like the universe is telling you something?

I was now sitting in front of a computer screen, looking at the most beautiful photos of rugged coastal cliffs along the Atlantic Ocean. Immediately I joined a Facebook group dedicated to trail running to find out more. I soon discovered that I could hike the entire trail on my days off.

The Facebook group had a list of FAQs and a 14-page excel spreadsheet dedicated to trail statistics such as restocking, campsites, water sources, etc. It was as if someone had planned a vacation for me, handed me the itinerary and said, “Hey, go buy a plane ticket.”

While hiking the Sunshine Coast Trail in British Columbia a few weeks ago, I ran into a few hikers from Montreal. They told me they were considering hiking the East Coast Trail, but chose to come to BC to hike instead. The conversation didn’t go any further than that, and I thought no more about ECT. Maybe it was subconsciously in my mind. Maybe the universe was trying to say something… did I need to be on that trail?

I shook my head, texted a friend, and asked her if I was crazy for thinking that. After all, my vacation was less than a month away and I knew nothing about Newfoundland or the trail. Interestingly enough, my friend informed me that she was about to have lunch with one of her friends from Newfoundland. Well… If the universe wasn’t actively trying to tell me something, it’s a huge coincidence. Then and there I knew I had to book a flight.

East Coast Trail (also known as ECT) is 209 miles (336 km) – I’ll be tracking my hike mostly in miles because I’m Canadian, and the trail as well, but if I remember correctly I’ll convert in miles for you imperial hikers.The trail hugs the coast of the Avalon Peninsula – the southeast part of the island that is Newfoundland.The ECT consists of 26 separate trail systems connected by road walks through local communities The first 25 km of the trail was laid out in 1994 and the trail continues to get longer every year.

The trail is home to animals such as moose, coyotes, foxes, whales, seals, and other small rodents and marine animals. Unlike all the other hikes I’ve been on, this will be one of the only times I can hike without worrying about a bear grabbing my food, as there is little to no bear activity. bear on the Avalon Peninsula. The trail is home to a wave-driven geyser, numerous waterfalls, historical sites, abandoned settlements, marvelous rock structures, lighthouses, and much more.

I plan to make the most of my time along the hike. I hope to take guided tours and take side trails whenever time permits. As well as stopping at towns and learning about the culture and history of the trail communities. To plan my adventure, I used the East Coast Trail web page, and I joined an informative Facebook group called ECT through hiking. The Facebook group is run by a very helpful local trail enthusiast, Randy Best.

The spreadsheet written by Randy Best is one of the most informative resources I have encountered on the trail. For hikers familiar with Farout (formerly known as Guthooks), this is the closest the trail has to a Guthooks guide.

The group is full of veteran and aspiring trail hikers – resulting in a community of information-packed enthusiasts. All photos used in this article are from members of this group. They graciously allowed me to use their photos on these pre-trail posts.

Kudos to Randy for all the information he provides to hikers!

Now I just have to plan where to start and how to get to the trailhead. Since there is no more public transit to the trailhead, I went to the Facebook group. The general consensus is that locals are beneficial when they facilitate travel to and from trailheads. Another alternative is to hire a local taxi company. Taking a taxi to the south end can be expensive, so it’s best to find other hikers to share the cost.

I haven’t decided yet how I will get to the trailhead or where I will start the hike. With flights in Canada canceled and delayed everywhere, I didn’t want someone waiting for me if my flight didn’t arrive on time. So my path to the trail will be something I find out once I get to St. John’s. I don’t know yet if I will go clockwise (Southbound) or counter-clockwise (Northbound), but uncertainty is part of the adventure!

All that’s left to do is spend another week of work and pack your bags! I will do another pre-trail article in a few days. My next post will highlight my gear list and a breakdown of my first food supply (which was requested by a reader on Instagram.) Comment below if there’s anything specific you’d like me to include .

This website contains affiliate links, which means The Trek may receive a percentage of any product or service you purchase using the links in articles or advertisements. The buyer pays the same price as they otherwise would, and your purchase helps support The Trek’s ongoing goal of providing you with quality hiking advice and information. Thanks for your help!

To learn more, please visit the About This Site page.