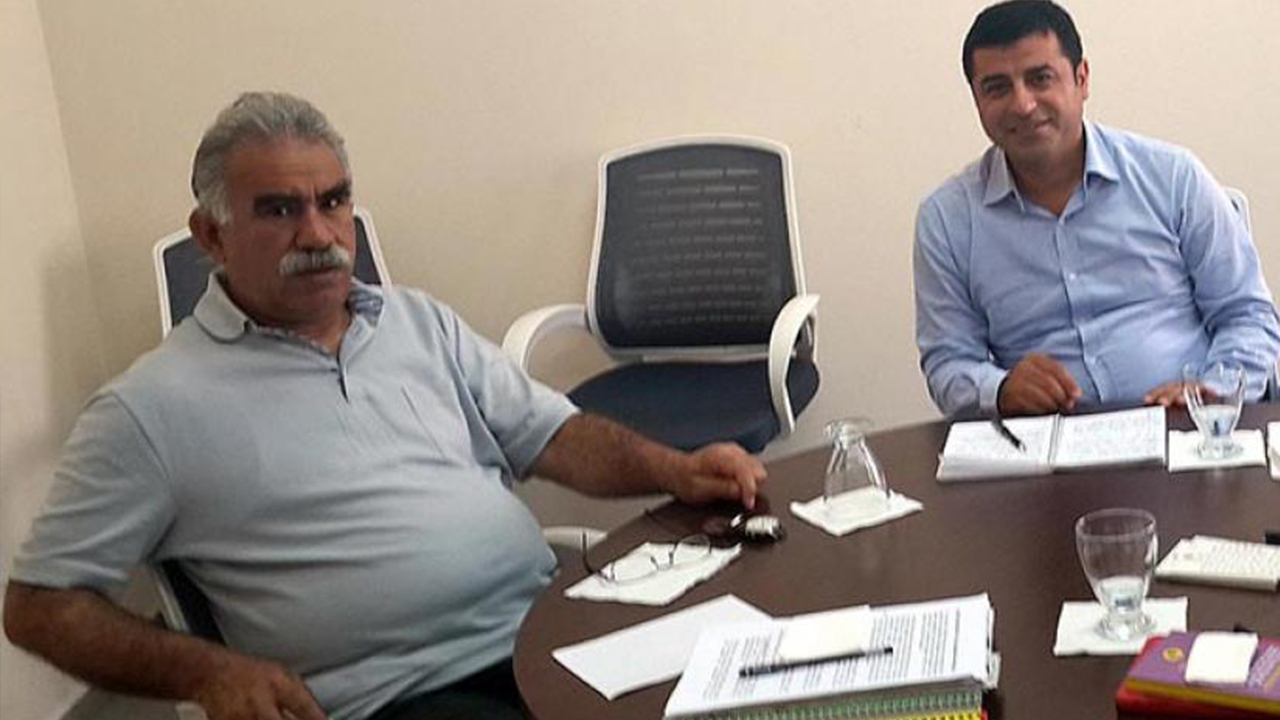 Selahattin Demirtaş, the imprisoned former co-chairman of the Peoples’ Democratic Party (HDP), wrote about the rumors regarding the likelihood of a new “resolution process” launched by the political administration in Turkey in response to the Kurdish question , and on those that Abdullah Öcalan, the imprisoned leader of the Kurdistan Workers’ Party (PKK), could be allowed to receive visits from his family and lawyers.

“The AKP currently has no intention, capacity and qualification for a resolution. It signifies an exhausted and dissolving political will, mired in injustices, oppression and corruption. The measures it will take n ‘will make no more sense than trivial and cheap manipulations for elections,’ Demirtaş wrote for Yeni Yaşam.

Will it happen? Sure. The Kurdish question will sooner or later be resolved peacefully through dialogue and negotiations.

I say this not with reference to rumors raised until recently, but as a main approach.

Dear Pervin Buldan made it very clear in his last speech to the parliamentary group that the AKP [Justice and Development Party] does not seek a resolution, but on the contrary, is in the process of dissolution.

Let’s look at the facts.

A lively discussion started after the ‘March to Gemlik’ campaign to protest the isolation [of Abdullah Öcalan]aroused by the rumor that some visits to İmralı [the prison island where Öcalan is kept in severe isolation] will be allowed.

Will there be a new letter from Öcalan regarding the upcoming elections? Will the HDP and the AKP agree? Will the resolution process resume? Will the Kurds remain neutral in the elections?

There has recently been a rapid succession of such questions and answers.

Despite the HDP’s clear and comprehensive statements, the talks apparently won’t stop. It is very good; everyone has the right to argue, and it’s only convenient that they do so anyway. However, the discussions will not bear fruit if certain facts are not taken into account and if certain judgments are not made.

Let’s go step by step and see what it is.

– Solitary confinement is a practice of torture that is both lawless and unethical. To defend solitary confinement is to defend torture. Mr. Öcalan has the legal right, like any other prisoner, to meet his family and lawyers. Calling for an “end to isolation” is neither an offense nor a bad thing. To claim otherwise is both unethical and constitutes complicity in an offence.

– Isolation is also a bad policy. Allowing Öcalan to be heard increases not conflict but the likelihood of resolution. Didn’t we witness that he tried to do it many times on every occasion, that he made appeals for peace?

– Creating the impression that öcalan is likely to support the AKP, or supports it, is absolutely false and unfair. Mr Öcalan will take advantage of any opportunity for peace. On the other hand, he has enough experience not to let the hopes of peace be exploited for the success of the elections.

– Öcalan has not yet given a single instruction to HDP, and he never will either. It’s not his style. It only makes suggestions and appeals, accompanied by a justification. These suggestions and appeals on his part have always been thoroughly discussed and evaluated by HDP officials, while they have also been taken into consideration by the officials of each political party; yet the decisions were ultimately and freely made by HDP officials.

– Öcalan is a pacifying figure of the highest influence in the context of the armed conflict both inside and outside the borders of Turkey. There can be no progress without his support and contribution. The PKK will only consider Öcalan.

The address for democratization and the ultimate resolution is the Turkish parliament, and the interlocutors are the HDP, other political parties and the people themselves.

The AKP currently has no intention, capacity and qualification for a resolution. It signifies an exhausted and dissolving political will, mired in injustice, oppression and corruption. The measures he takes will have no more meaning than trivial and cheap manipulations for the elections.

HDP supporters and Kurdish voters represent an experienced, politically aware and organized power. They are aware of everything, and they will act accordingly when the day comes. All the maneuvers of the AKP to deceive and deceive are doomed to failure before the will of the people.

That’s how I see the situation.