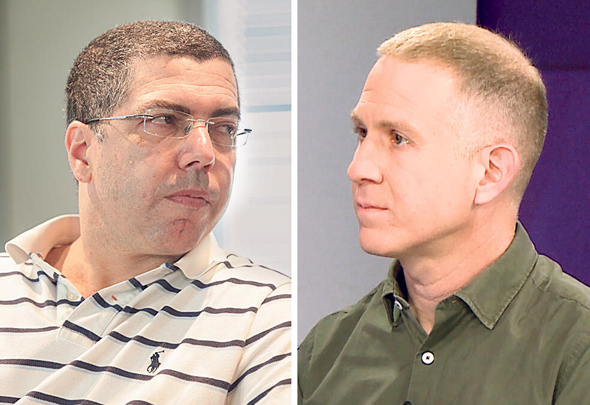 The multitude of small cybersecurity outputs is it a sign of things to come?

“2022 will be a sobering year in which leading companies are separated from those that cannot keep pace with growth,” said Yair Snir, vice president, general manager at Dell Technologies Capital.

The four Israeli cybersecurity startups acquired in recent weeks had one thing in common: they were all bought for relatively small sums. TrapX was bought by Coomvault for tens of millions of dollars, CyberMDX was acquired by Forescout for $80 million, RapidSec was bought by Orca Security for just $5 million, and Spectral Cyber ​​was bought by Check Point for $60 million.

This trend seems to indicate that 2022 will look nothing like 2021 where there have been many acquisitions for large sums in the cybersecurity sector, such as that of Siemplify by Google for 500 million dollars or Guardicore by Akami for 600 million. dollars.

“2022 will be a sobering year in which leading companies are separated from those that cannot keep pace with growth,” Yair Snir, vice president, general manager of Dell Technologies Capital, told Calcalist.

For some of the companies acquired this year, the exit was the successful end of a short journey, while for others it was the sad end of a long road. In a recent interview, Yevgeny Dibrov, co-founder and CEO of cybersecurity unicorn Armis, said there will be many Israeli cyber startups acquired over the next few months as there is no room in the market. local for companies active only in a very specific niche. . He clearly knew what he was talking about. An example of such a deal is the acquisition of TrapX, which raised a total of around $40 million for its cyber-deception platform, a sector that has been abandoned lately. The startup was sold to US data protection and management software company Commvault for tens of millions of dollars, likely similar to the sum invested in the startup over the years. TrapX investors included BRM, Intel’s investment arm and others. The company was founded in 2012 by Moshe Ben-Simon, a former Israeli Air Force data security expert, and Yuval Malachi, who also founded Zeroday Security.

A similar acquisition completed last week saw Israeli company Forescout buy CyberMDX for an estimated $80 million. The Israeli startup had already raised around $30 million from Pitango, OurCrowd and Sham. By comparison, Israeli startup Medigate, which is also active in healthcare security, was bought for $400 million by Claroty last year. “There have always been relatively small acquisitions in this sector, but I think we will continue to see large acquisitions as well,” Arik Kleinstein, founder and managing partner of Glilot Capital Partners, told Calcalist. He believes there will be no decline in investment in cybersecurity due to the growing awareness of the threat posed by such attacks.

Snir also pointed to the fact that this year’s acquiring companies are relatively smaller companies and not the giants that once dominated this market. “The financial capacities of these companies are extremely limited. Many companies will be considering a small and quick release over the next few months. I think some companies will grow very aggressively, and the startups that don’t take off will go through and be acquired at an early stage,” Snir explained. However, he does not believe there will be a significant drop in cybersecurity investment this year. “Even though there will be an overall decline in investment, I don’t think cybersecurity will be affected much.”

One of the most successful exits in recent months saw Check Point pay $60 million for Spectral, which had only raised a very small amount throughout its existence. Another buy in the sector, however, saw RapidSec being acquired by Orca for just $5 million in cash and stock. RapidSec had only raised a few hundred thousand dollars before.

Snir and Kleinstein explained that investors are likely to be more cautious in the coming year, especially when it comes to companies operating in highly competitive industries. “A lot of entrepreneurs start to realize that it’s hard for them to grow at a rapid pace and decide to sell after they don’t become leaders,” Kleinstein said.

There are many cyber security companies in Israel who are not only competing with industry giants, but also between them. MEDIGATE and CyberMDX are only one example and both ended up joining larger companies and be part of their offer rather than remain completely independent.

“It’s important to remember that cybersecurity exists not because of investments in the sector, but because crime is on the rise and threat awareness is also on the rise,” Kleinstein noted. Uri May, co-founder and CEO of Hunters, which recently raised $68 million, is also confident that cyber will not be affected by the market downturn. “Cybersecurity will be the last sector to suffer cuts,” he told Calcalist.