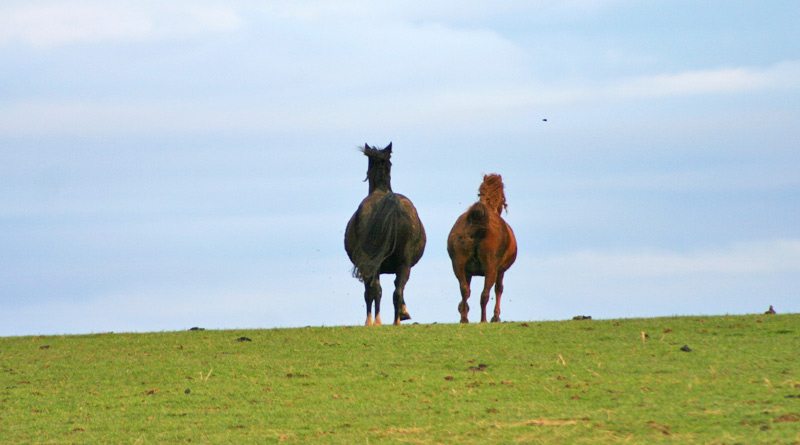 Scientists will analyze and share data on aborted pregnancies in horses

A team of researchers in the United States is working to create a data management system to integrate pathology reports of aborted pregnancies with no known cause in horses, sheep and cattle.

The team led by Theodore Kalbfleisch, PhD and faculty member of the Gluck Equine Research Center at the University of Kentucky, received a grant from the Agricultural Genome to Phenome Initiative (AG2PI) to create a service that integrates the reports of pathology as well as sequence, analyze and publish data for use by breeders and the scientific community.

Sharing this information could improve successful breeding opportunities for other researchers and animal scientists.

The Enabling Grant project is titled “A Genetic Data Portal to Enable the Discovery of Deleterious Genetic Variants in Livestock”.

Kalbfleisch said the goal was to create a channel for producers and clinicians to submit samples, have them analyzed in the context of all existing genetic knowledge for the respective species and breed, and report back to them. results to use in their practices and breeding. programs.

“We have become very good at being productive with high-throughput genetic data in a research setting. This is an opportunity to tighten the feedback loop between animal scientists and animal producers, and we welcome that,” Kalbfleisch said.

The project is one of nine seed grants awarded by AG2PI involving 27 institutions around the world in the third and final round of the grants competition. Funded by the U.S. Department of Agriculture’s National Institute of Food and Agriculture, AG2PI is a three-year project ending in 2023. AG2PI’s goal is to connect crop scientists and breeding each other and those working in data science, statistics, engineering, and social sciences to identify common problems and collaborate on solutions.

Seed Grants cover three levels of funding: Emerging Grants, Enabling Grants, and Establishment Grants. Award amounts range from $50,000 to $100,000, depending on the type of grant and associated level of funding. Projects begin in June and will last six to 12 months. Over the past year, AG2PI has awarded 27 seed grants for research projects, totaling $1.1 million and involving more than 50 institutions.