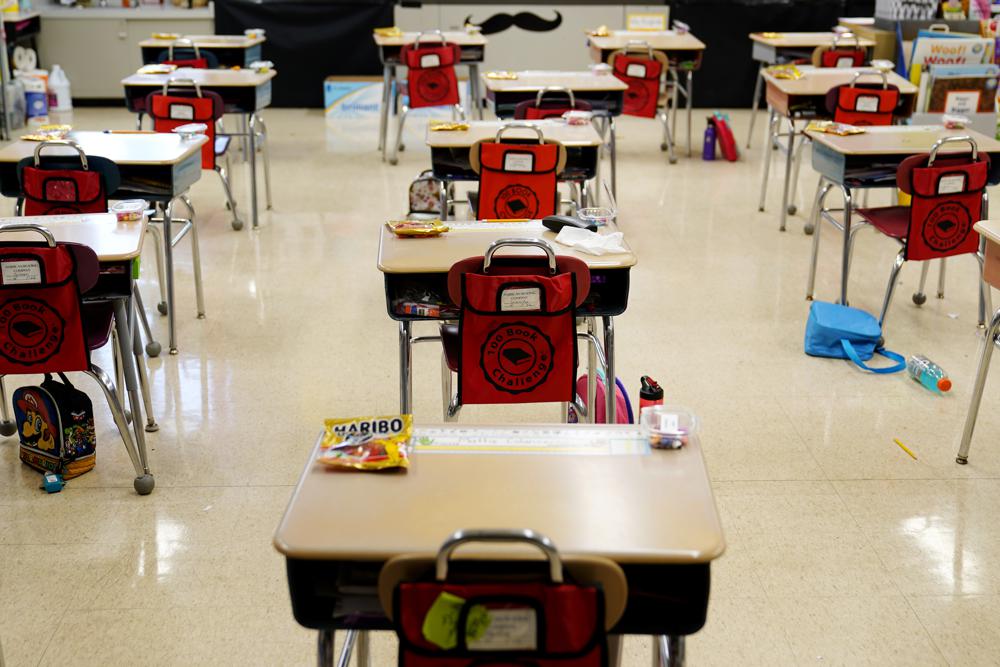 Florida has a consistent and commendable record of protecting public employees from union coercion. And the Sunshine State has long guaranteed that workers, whether in the public or private sector, cannot be fired for quitting a union. But now, our state’s employee protections need a serious update.

The 2022 legislative session offers heads of state a chance to make those updates – and champion the next generation of some of our most vital public employees: teachers.

Three specific reforms are under consideration.

First, state leaders can require most government unions to audit public employee membership annually and report it to the school district.

Having accurate member numbers is not just about good accounting. Since 2018, Florida has required local teachers’ unions to stand for re-election, or “recertification,” if their membership falls below 50% in a bargaining unit. This is essential since teachers often have little choice as to who represents them. Many bargaining units have had a monopoly on representation long before their teacher members were born. Teachers deserve regular opportunities to voice their approval — or disapproval — of their union at the ballot box.

The process of verifying the number of members to trigger these elections is, however, inconsistent. Anyone trying to get documentation is more likely to receive single Excel spreadsheets, handwritten notes, or nothing at all. This is either intentional obfuscation or shockingly poor accounting. Either way, teachers pay the price.

This lack of accountability and control highlights the need for the second reform under consideration this legislative session. State leaders would require government unions to maintain membership records for state and local districts to review when needed. This ruling would establish another safeguard to ensure union practices are fair and accurate.

Finally, as a third step, heads of state can require government unions to begin collecting dues directly from members, rather than using taxpayer-funded resources to collect dues from the government.

Let’s be clear. Florida leaders have a proven financial commitment to teachers. Over the past three years, for example, Gov. Ron DeSantis and legislative leaders have prioritized addressing disparities in teacher pay. They began to make Florida increasingly competitive, with the goal of becoming one of the highest paying states for teachers. This effort is a worthy and laudable use of our state’s fiscal resources.

However, the collection of dues for teachers’ unions is not.

Now, what would these three reforms offer Florida teachers? On the one hand, a more competitive and employee-friendly landscape.

Current bargaining units have had a monopoly for decades, but our teachers don’t have much to prove. During this time, teachers’ biggest champions have not been their union leaders, but Governor DeSantis and lawmakers, who have made teacher compensation a priority for the past three years.

In education — as in technology, healthcare, and many other industries — competition breeds choice. And choice breeds quality. This competition can present challenges for existing unions, which have had an easy monopoly for decades. But it will force greater accountability from unions for the benefit of our teachers, who certainly deserve it.

The reforms proposed in 2022 are centered on employees. They also reflect the opinions of Floridians on the matter. According to a recent survey by JJames Madison Institutetwo-thirds of Floridians support increased transparency and accountability, just as they support unions collecting their own dues.

For some union leaders, however, the prospect of change is shocking. Perhaps that is why bias and misinformation now threaten to undermine an honest discussion about how competition and choice would improve union representation.

But our teachers deserve better than the status quo. And if the past is any indication of the future, they cannot expect meaningful change from union leaders. They — and all of Florida — better look to state leaders like DeSantis.

Florida has always prioritized both freedom in the workplace and the interests of our state’s teachers. Now he’s about to deliver on that pledge again.

representing Bob Rommel is a member of Florida House representing District 106. Sal Nuzzo is the vice president of policy at the James Madison Institute.