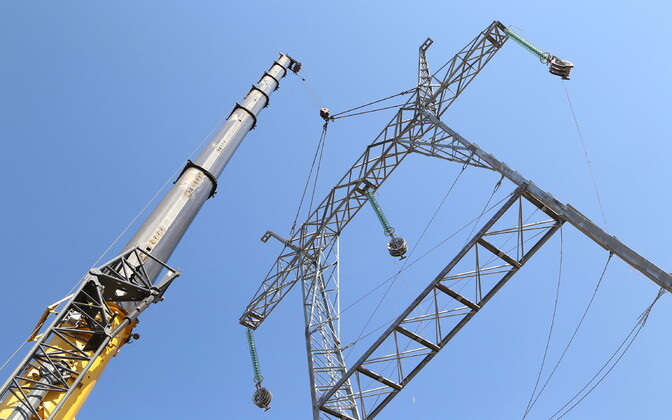 “The historical data on hourly prices has been moved to our data portal (paid – ed.), mainly to (enable us to) cover the costs of maintaining the database, which continues to grow over time , as well as to maintain the quality of the data,” Ingrid Arus, Nord Pool’s market manager for the Baltic region, told ERR.

Arus explained that until now, the cost of managing data management has been covered by Nord Pool member fees.

“In a situation where there has been a surge in interest in electricity market data outside of our members, it was no longer appropriate to provide free access to this data for all on one foot. of equality,” said Arus.

According to Arus, the Nord Pool webpage will continue to show hourly prices for the daily market, dating back to early 2021. However, old price data has now been moved to the site and can only be viewed through Nord Pool data. portal, where historical data has been visible since 2012. Access to historical price data became a paid service from June 7, costing €600 per year for up to three users.

“It is important to point out that historical hourly price data is also published on the ENTSO-E transparency platform, where you can see data for the whole of the European Union, and, generally, on the system website (national) operators, (who) in the Estonian context (is) Elering,” said Arus.

Arus was also keen to add that the range of data that can be viewed and downloaded for a fee “is extremely wide”.

“In particular, there has been a lot of interest in this service from portals and news agencies, which use our data to offer services to their customers. As well as private companies providing market analysis of the electricity or other electricity market-related services to their customers,” Arous said. “In general, private customers do not use our data services, as price information is publicly available elsewhere.”

According to a Nord Pool spokesperson, the company has made exceptions to the fee for public authorities, who need the data to fulfill their responsibilities. Thus, the statistical office (Statistics Estonia) has free access to the entire database, while Nord Pool members can also consult the data without paying any additional costs.

Sikkut: ‘Tax wall’ not in interest of electricity consumers

Economic Affairs and Infrastructure Minister Riina Sikkut has condemned Nord Pool’s decision to restrict the availability of free access to its historical data.

“In the current situation, I see a need to increase the transparency of Nord Pool so that the interests of our consumers are better protected. It is difficult to see how the decision to put historical market data behind a so-called “tax wall “would further those interests in any way,” Sikkut told ERR through a spokesperson.

Sikkut said that in his view, the pricing system on the Nord Pool power exchange should also be reviewed, in addition to levels of market transaction transparency. “The origin and volume of bids could be made public, for example,” she said.

Sikkut also announced that it would make a formal proposal to the European Commission and Nord Pool on the need to increase market transparency and improve control procedures.

Estonia has no stake in Nord Pool

At the time, this allowed Elering to get information about the functioning of the Nordic Common Market straight from the source. TSOs from the Baltic countries held a seat on the board of directors of Nord Pool, a post which they rotated among themselves.

The electricity market processes were then brought under EU law and the market was opened up to competition between the different power exchanges, with the network operators therefore playing no role in the organisation. power exchanges.

Neither power exchanges nor their owners have the ability to control day-ahead or intraday markets, as this would require changes at EU level.

According to the spokesperson for the Ministry of Economic Affairs, Elering sold its share in Nord Pool in 2021, to ensure neutrality. Since Elering is one of many power exchange owners operating in Estonia, remaining on the board of Nord Pool would be seen as an unfair advantage in the market.