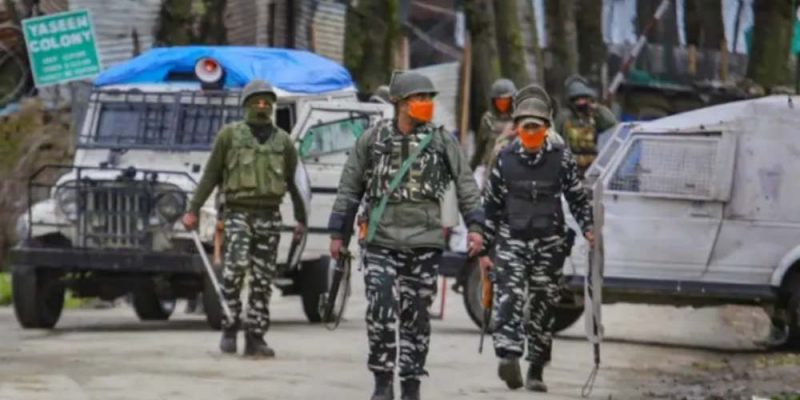 Srinagar: A village sarpanch, who was elected as an independent, was shot dead by militants in Baramulla district of Jammu and Kashmir on Friday, officials said.

Manzoor Ahmad Bangroo was shot dead by ultras in Goshbug in Pattan region, officials said, adding that he was rushed to hospital but pronounced dead on arrival.

Bangroo is the second victim of the targeted killing of civilians by militants in three days. Satish Singh, a local Addon, was gunned down in Kulgam neighborhood on Wednesday.

Militants have intensified attacks on civilians over the past two weeks.

A police spokesman said a case had been registered in the killing of the sarpanch under the relevant sections of the law.

“The investigation is ongoing and officers continue to work to establish all the circumstances of this terrorist crime. The area has been cordoned off and the search is continuing,” he added.

“I strongly condemn the terrorist attack against Sarpanch, Manzoor Ahmad Bangroo. The perpetrators of this despicable act will be punished. My deepest condolences to the bereaved family in this hour of mourning,” Sinha tweeted.

“Another targeted killing, another grieving family tonight. This endless cycle of violence is heartbreaking. My condolences to the family of Manzoor Bangroo. May he find a place in Jannat,” National Conference leader Omar Abdullah said in a tweet.

The PDP and BJP also condemned the killing.

“Deeply saddened by the news of the killing of a Sarpanch Manzoor Ah Bangroo in Pattan. Even after several security assessments, regrouping them in secure accommodation in Srinagar, why are the Sarpanches continuing to be killed,” tweeted a door -word of the PDP.

“Horrible act, terrorists have no religion or mercy even in the fasting month of Ramzan,” he said.

How to Use Pivot Tables in Google Sheets