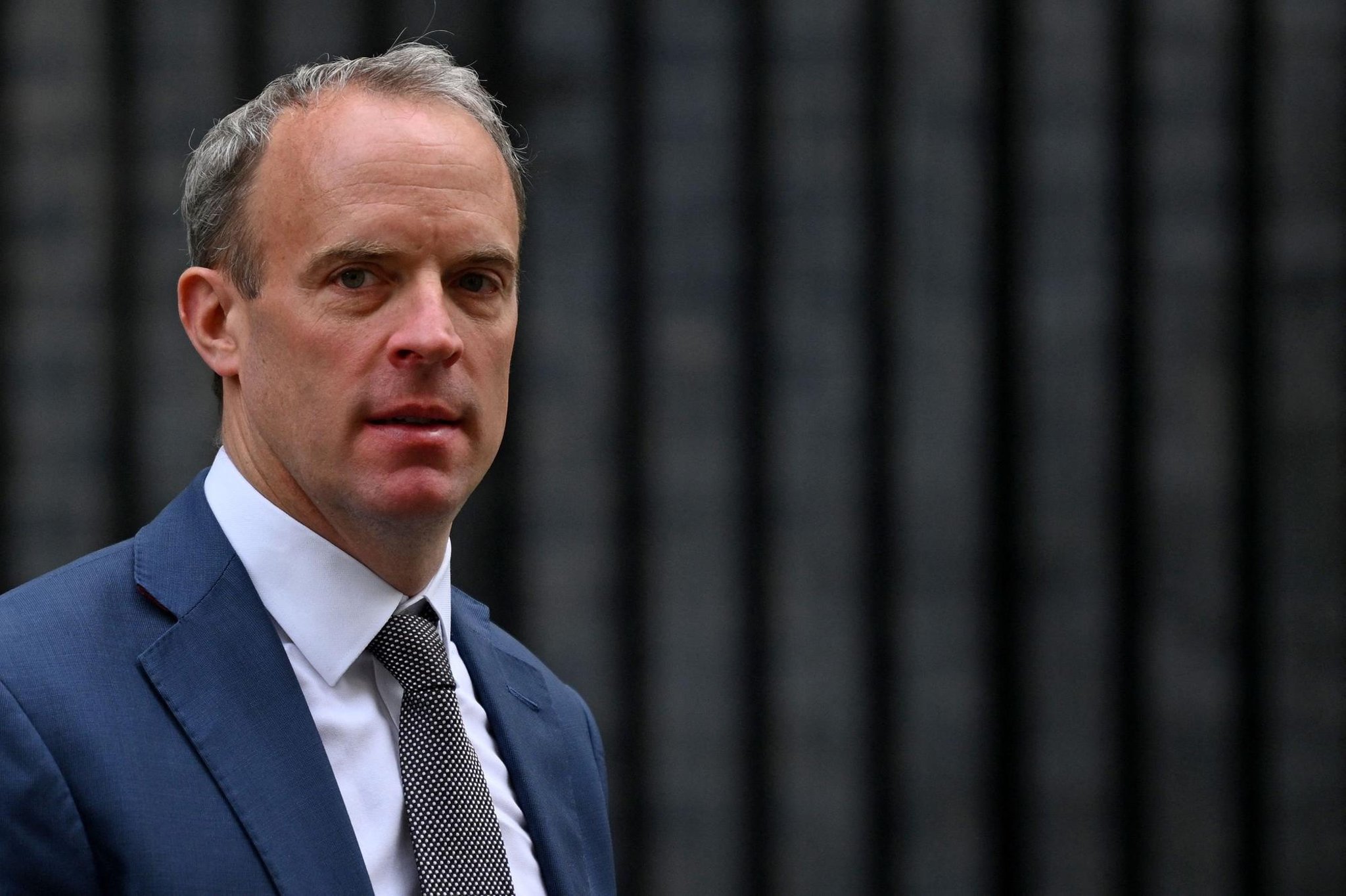 He would, of course, be at the head of a war-affected administration. But that doesn’t mean a leadership election couldn’t be held in a truncated form with a short deadline for nominations, the return of ballots and a reduction in the normal cycle of debates, televised or not. The conservative hierarchy has the power to introduce change. He could do so if necessary without undermining the UK’s role in the effort to reduce the carnage in Ukraine.

Register to our opinion bulletin

The war there could go on for a very long time. It was impossible to predict how long it would take Allied troops to withdraw Saddam Hussein’s army from Kuwait in the fall of 1990. But Michael Heseltine’s challenge to Margaret Thatcher in November continued, even as the electorate was limited to Conservative MPs. These same MPs then chose John Major over Mr. Heseltine, and six weeks later he announced that British troops would intervene, as part of Operation Desert Storm, to eliminate the Iraqi army.

In-party democracy and the pursuit of war were not mutually exclusive in this troubled time. Sir Roger should recognize that they need not be now when British troops are not yet directly involved in the conflict.

On Boris Johnson and Partygate, your correspondent Gordon Bannatyne, (Letters, April 16) writes: “I fully appreciate the feelings of those who were not allowed to visit loved ones, but to say that Mr Johnson was taking people for fools is a bit extreme.”

Having lost my mother to Covid in May 2020 after not being allowed into the nursing home to be with her at the end of her life, my feelings towards the Partygate scandal are not extreme but justified.

Like the majority of people, I followed all the lockdown rules in place in the belief that I was protecting the NHS and the people I cared for. Losing a loved one, not being with them at the end of their life and saying goodbye to them on the phone is heartbreaking.

Dealing with grief alone in lockdown without family, as my sisters live abroad, and finding out, the day you spent walking with a friend through the streets of Edinburgh crying with grief, as lockdown rules you prevented you from mingling inside, that our Prime The same day the Minister was having a party with colleagues and drinking alcohol in Downing Street so yes I feel like a fool because Boris Johnson has laughed at it all.

Police Scotland reminded Nicola Sturgeon of “the importance of wearing a face covering where required by law” and that “no further action is necessary” (Scotsman, April 19).

Earlier this month Chief Constable Iain Livingstone and the Scottish Police Authority argued for capital budget funding of £463million to cover the period 2022-23 to 2026-27. Only £263million is thought to have been set aside.

One has to wonder if there is a connection between the two events and miraculously more money will be found.

Readers of these pages will have no doubt about my views on the Prime Minister and the nationalists. It was therefore with some joy that I learned of the alleged breach of the face mask regulations by the Prime Minister, intervening as he did on the eve of the long-awaited change in these same regulations (Scotsman, April 18 ).

Predictably, this led to outraged responses from political opponents looking to gain capital. However, taking a step back and after reflection, I could not help but think that these answers evoked a lot of the despair of the various parties which, unfortunately, remain in power. political wasteland here in Scotland.

Essentially, the Prime Minister’s apparent omission could be interpreted as a minor mistake at best, but of course the people in glass houses…

Aileen Jackson highlights the easy acceptance of wind farms by those who will never have to live near them (Letters, April 18). This gave free rein to developers in Scotland.

When subsidies for wind farms ended in 2012, many wind farm permits around 100 meters high were hotly contested in Scotland. Many of these clearances, across Scotland, are now new applications for larger turbines around 150 meters high.

This means they circumvent legislation designed for council-administered wind farms and go to the Energy Consents Unit under the 1989 legislation designed for power stations. Advice can trigger a public inquiry at great expense, but it is hard to justify when so much advice is overturned by the Scottish Government on appeal. A scope list is established between the regulator – ie the ECU – and the developer for interested parties to contribute to the environmental impact assessment. The 2017 regulations governing these assessments state that Scottish ministers must not adopt scoping opinions before consulting interested parties.

ECU has failed to notice for two years that Midlothian (population 93,000) and the community councils of Penicuik and Howgate (which will bear the brunt of construction traffic) have been omitted from the wind farm scoping list of Cloich Forest in the hills above the Edinburgh to Peebles tourist route The site is just 3km from Midlothian in the Borders Council area. The application is for a height increase of 12 turbines to 149.5m (eight meters before Blackpool Tower). I was told that the omission was an “oversight”.

ECU says the scope is ‘voluntary’ under the 2017 regulations and because Midlothian Council has now had the chance to launch a consultation, that’s the end of the matter. How can regulation be voluntary?

In her letter, Aileen Jackson did not address the major flaw of wind farms in that if there is no wind, there is no production. The 25,000MW Scotwind project of offshore wind farms has a capital cost of around £125billion, but if Holyrood bans fossil fuel generators and nuclear power stations what will keep the lights on in Scotland when there will be prolonged high pressure over the winter?

Scotland has always followed its own pattern of public holidays independent of England.

So why would a Scottish government seeking independence close its offices on days that are English but not Scottish public holidays?

Cameron Wyllie absolutely hits the nail on the head when, in his list of how schools could specialize in serving the children who attend them, the religious beliefs of their parents should come last (Scotsman, 19 april).

Many parts of Scottish society are already torn apart by adult sectarian divisions. For the state to pay for these divisions to be propagated to school children is a cruelty which, as Mr Wyllie identifies, will probably seem even more absurd when the religious results of the Scottish census are revealed.

As a Hearts supporter for over 60 years, I was particularly delighted with our victory in the Scottish Cup semi-final on Saturday, as it was clear that after being outplayed and outclassed at Tynecastle the week before , the Hibs adopted brutal tactics to try to beat us. Fortunately, football prevailed. As a proud Scotsman, I can now expect to beat down the Rangers and their horrific supporters with their sectarian and anti-Scots chants and chants.

I would also like to remind the small number of so-called Hearts fans who drape themselves in Union flags that there will be more than enough of these flags at the other end of Hampden on the final day of the cup without they need to bring more.

If they’re looking for a flag that truly represents us and the nation, they need look no further than the Hearts badge, which proudly incorporates the Scottish Saltire.

It’s good to see that he’s phlegmatic about his recent failed trial against them and that he’s none the less bitter about it. That he now sounds exactly like Malcolm McLaren did after Pistols to the End of His Day shows not only that Rotten lost a case, but also his sense of irony.

Your thoughts are welcome. Write to [email protected] including name, address and telephone number – we will not print all the details. Keep letters under 300 words, with no attachments, and avoid “letters to the editor/readers” or the like in your subject line. If you refer to an article, include the date, page number and title.

A message from the editor

Thank you for reading this article. We are counting on your support more than ever, as the change in consumption habits caused by the coronavirus has an impact on our advertisers. If you haven’t already, consider supporting our trusted and verified journalism by signing up for a digital subscription. Click on this link for more information.