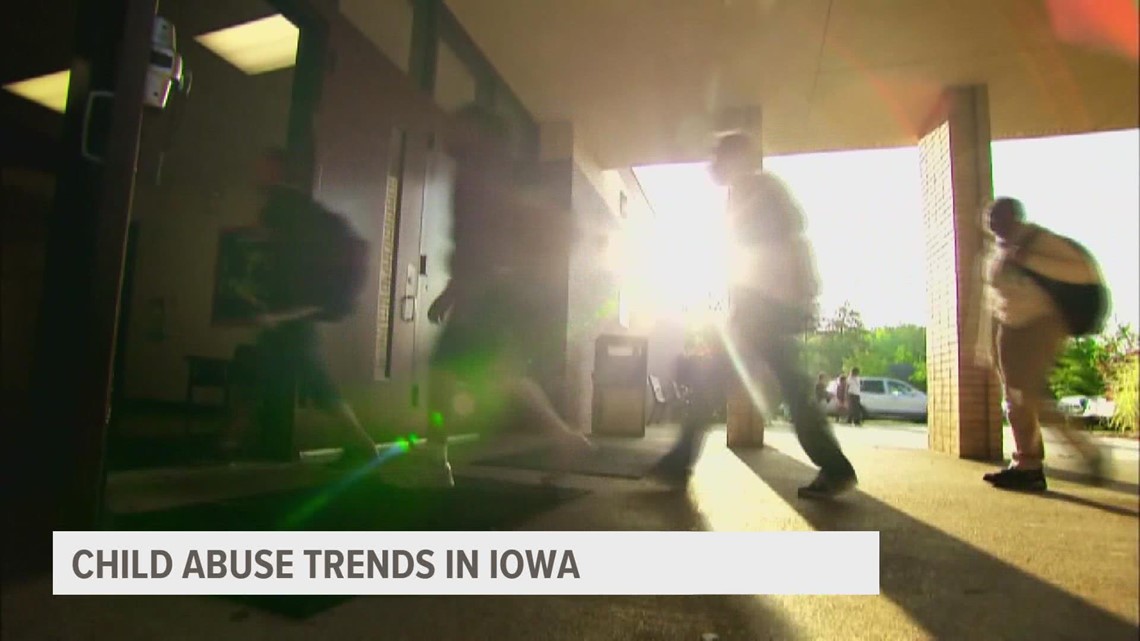 Iowa DHS: Child abuse and neglect assessments increased by more than 5,000 in 2021

The agency says the rise in cases is largely due to the pandemic.

DES MOINES, Iowa — The Iowa Department of Social Services recently released its 2021 child abuse data. According to it, child abuse and neglect ratings increased by 5,442 in 2021 per year. compared to 2020. The 2021 agency is more in line with pre-pandemic figures and believes the rise is due to the pandemic.

“There have been a lot of changes in the lives of the children and children that we see,” says forensic investigator Victoria Ricke, who works at the MercyOne Child Advocacy Center in Sioux City.

Ricke says that while the number of children his center serves hasn’t changed, there have been some differences.

“We saw more things happening in families that probably wouldn’t have happened if there hadn’t been so much stress on the family unit early on,” Ricke said. “We were spending a lot of time together, people were really nervous and overwhelmed with the things that were going on. And so there was more physical violence or domestic violence. Kids, we spend more time on the internet. So we seen a lot of the internet crimes that happened and came to us.”

As the school year draws to a close and many children are released during the summer vacation, advocates worry about this destitute period.

“Schools do more than teach kids to read and do math,” said Greg Bellvile, executive director of Prevent Child Abuse Iowa. “They provide environments where kids have peers they can play with adults, they can connect with, school counselors, food, shelter structure that in many cases disappears during the summer. “

But what can the public do to help? Proponents say it’s as simple as checking in with the kids in your life.

“Let the kids know you can talk to me about anything,” Ricke said. “And no matter what you tell me, I won’t get upset, and you won’t get in trouble with me. I just want to see how things go.”

“Child abuse, child abuse is 100% preventable,” Bellville said. “So there’s a lot we can do just by reaching out to people who are struggling, or maybe not, but just checking in with your family and neighbors and asking how they’re doing.”

If you believe a child under 18 is being abused or neglected, please call: