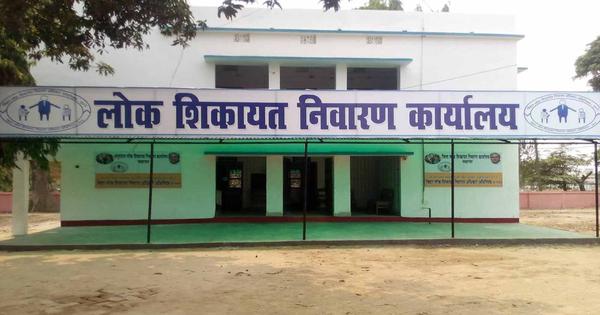 In Bihar, a complaints redress system actually solves some problems for Dalits, this book says

Kamal Manjhi, the member of the Dalit parish in Darbhanga whom we met in the previous chapter, was at an impasse. He was a member of the ward, an elected representative. Yet no one – neither the mukhiya, who was not a Dalit, nor the BDO, nor the district officials – seemed to pay much attention to his concerns. The mukhiya simply refused to release funds to implement piped water projects in the district of Manjhi.

Desperate for some relief, Manjhi decided to complain against the state. It was only recently that he had heard of the BPGRA or, as it was colloquially called, Jan Shikayat (literally, â€œPeople’s Complaintâ€). Manjhi, being a member of the local state himself, was no ordinary â€œjanâ€. He was a member of the parish, a state officer. Nevertheless, Manjhi decided to file a complaint against the local state.

To do this, he took two buses to the subdivision’s headquarters, queued up like any aam aadmi, ordinary man, with a grievance in front of Jan Shikayat’s office.

Once his complaint was filed, he waited. Within weeks, Manjhi was summoned for the first of three hearings. He picked up those two buses and landed at the grievance office. Manjhi met with the grievance officer and explained his predicament to him. The officer listened patiently and said he would be called back.

The appeal came duly, and this time, Manjhi entered the room of the public grievance officer to come face to face with his opponents, the mukhiya and the BDO. â€œSabke saamne humne poora samasya bataayaâ€ (I explained the whole situation in front of everyone), said Manjhi. The Grievance Redress Officer listened to his passionate pleas and the responses of his opponents.

He asked them all to come back in a few weeks. At the third and final hearing, the grievance officer read his order in the presence of both parties. The order, written in rigid official language, required the Mukhiya and BDO to transfer funds to Manjhi Parish. In Manjhi’s words, it was akin to a chain reaction: â€œWhen the BDO was put under pressure by the officer, he, in turn, put pressure on the mukhiya and the money was transferred to my room. “

In a matter of weeks, her neighborhood, comprising the poorest and most discriminated against households, saw water gushing out through freshly laid pipes and new drains under construction. It was a glorious incongruity: a member of the state had rearranged a citizens’ forum for one arm of the state to twist another in action.

Describing his experiences, Manjhi reserved his best words for the grievance officer: â€œHe was an extremely nice man, not too old. Maybe in her forties. I went with a specific request and the system – and this agent in particular – really helped meâ€¦ I’m very impressed with the system. I don’t remember the officer’s full name, but it was a certain Jha. The Jhas are Maithil Brahmans, among the most privileged castes of Bihar.

The grievance system had enabled Dalit parish member Manjhi to transcend not only administrative hierarchies but also caste hierarchies in more ways than one.

More than 8.5 lakh of complaints have been filed under the BPGRA since its launch in 2016. These complaints have been filed in forty-four bureaucratic departments, covering virtually all aspects of the functioning of government. The complainants were diverse, their grievances ranging from trivial to serious: a certain Pathak, a Brahmin from Patna, complained about the squatters. It was bad enough for their jhopdis, their huts, to encroach on public roads, Pathak said, but worse still, his Puritan sensibilities were offended by their public consumption of meat.

Kavi Ranjan, a young Dalit from Bhojpur, complained about a common problem in the age of digital transfers: data entry errors. His post-registration scholarship was transferred to the wrong bank account, which differed from his single-digit. Deep Narayan Paswan complained that his village mukhiya only released half of the funds allocated under a program to help BPL families organize funerals. A woman I spoke to complained that she lost her young son in a freak accident with a live wire hanging down. She wanted compensation.

In 2018, we surveyed 1,047 randomly selected complainants across Bihar. A third of the complainants said their grievances had been resolved. Surprisingly, many others – almost 75 percent of respondents – were satisfied with the BPGRA, rating their experience as “good”, “very good” or “excellent”. As one complainant told us, â€œThe BDO was forced to come and speak to us at the hearing and was even reprimanded by the grievance officer in front of me! My complaint was not fully resolved. And I know both – the BDO and the grievance officer – can go get some chai afterwards, but I was very happy with the overall experience. “

An apathetic state had taken on a gentler face and listened. This intention was also reflected elsewhere: When I went to meet Seema Kumari, the grievance repair officer in Patna, I was surprised by the unusually large and bright notice boards waving to passers-by. They announced that one was near a grievance office and walked readers through the complaint process.

As I entered the office complex, I saw two orderly queues outside: one to register complaints; the second, just as long, was for a window that asked, “Can I help you?” “

The main function of the window was to help complainants convert their verbal complaints into written complaints. More strangely, for a government office – where waiting and standing usually went hand in hand – there were seats for complainants to sit while they waited their turn.

The State had listened, and had even gone a little further: it had also begun to redeem itself. One-third – 33 percent – of complaints handled may seem like a small number, but it compares favorably to other contexts around the world. It is also a remarkable achievement for a state like Bihar, where until fifteen years ago the bureaucracy was entirely emaciated, the state was in the midst of a public order crisis and unable to spend its own resources. .

Extracted with permission from Last among his peers: power, caste and politics in the villages of Bihar, MR Sharan, Context.