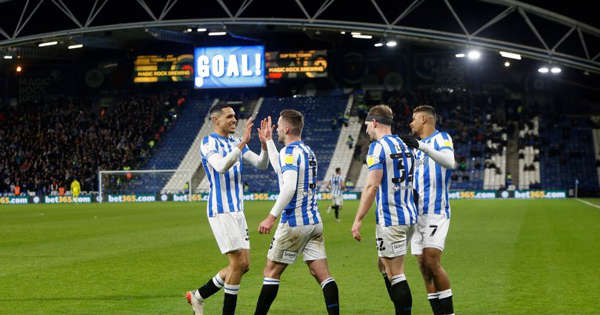 A football team is not only as good as its last result. That would be a ridiculous way to decide things. “Sorry, Manchester City, but that draw with Crystal Palace means you’re now mid-table. No Europe for you next season.


But it’s true, isn’t it, when it’s your own team? American comedian Stephen Colbert would call it truthfulness – “the idea of ​​passion, emotion and certainty in relation to information”. And all the information we have gathered about Huddersfield Town, carefully recorded in spreadsheets and logs over the last eight months, suggests that they are in fact a very good football team. The 23rd best in the country, to be precise.

But after a loss to Millwall on Wednesday night, those 17 previous unbeaten league games suddenly feel out of place in your belly. There are times when those instincts need to be heeded, but this is not one for Huddersfield Town or its players.

Carlos Corberan would tell you that not only is the defeat at Millwall irrelevant to Saturday’s game against Bournemouth, but also every other game that came before it – good, bad or indifferent. Usually we would agree with him. But this could be an occasion where Town would be well served to remember what he is capable of.

They were the side that held off West Brom for 84 minutes after taking the lead at John Smith’s Stadium in November, when the Baggies were themselves the third-best team in the Championship. They are the team that have come from behind to beat Bristol City, Blackpool, Reading and Cardiff in the last four months. They were the team that came from behind to beat Premier League opposition in the FA Cup third round at Burnley in January. They are the team that deservedly beat league leaders Fulham on their home ground less than a month ago.

In their last three games Town have finally stopped acting like that team, losing at Nottingham Forest, blowing a two-goal lead late at West Brom and being soundly beaten by an excellent Millwall side who had well and truly knocked his stride.

Various theories have been put forward as to why this might be the case, with each person you ask giving the explanation you expect. Carlos Corberan focused on technical failures in the execution of Town; we leaned on tactical explanations; and experts wondered if the city had to lose steam physically and psychologically. For a hammer, everything looks like a nail.

In reality, you don’t set up a run like the one Town enjoyed from December without putting all of those things together at the same time. If they could do it then, why can’t they do it again – from Saturday?