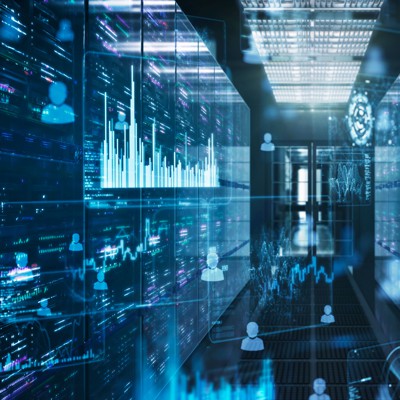 The city had been working with data for two decades, but IDEA was created in March by executive order. “It started with case management and then morphed into using big chunks of data to identify vulnerable populations so we could coordinate services for those populations,” Director James Moore said.

Moreover, this is the first time that a data analysis and conversion team has been on board, he said.

Kristen Coe, Director of Research, Analytics and Evaluation, is responsible for recruiting staff to build analytics capacity and coordinate talent from other departments.

“If someone in [Department of Behavioral Health and Intellectual Disability Services], which is our mental health department, wanted to make a request, but they had a question about child protection involvement, we were going to see our colleagues from the child protection department, and we were talking with them the right way to query the data they contribute,” Coe said. “It’s about sitting down and being able to see all the different data available and thinking about it.”

In August, the IDEA office released the Upward Mobility Plan, which aims to lift the city’s poorest residents out of poverty by identifying them and assessing their needs through data integration. The plan highlights four components for achieving equity: data management, performance measurement, community engagement, and coordinated benefit access strategies.

“Strong and effective data collection and management, and the use of person-level data, can enable us to address the challenges our residents face in accessing the program.[s] and services,” the plan says. “Expanding and improving the City’s data management and sharing operations will help us design better and more targeted programming and monitor implementation more closely.

The plan outlines data management initiatives, such as ensuring that data collected is appropriately disaggregated and that all contracted service delivery partners adhere to data collection, sharing and acceptable use agreements. data. It also calls for the creation of a data fairness framework and a multi-departmental public data dashboard, the construction of internal data management systems, the contribution to a data dictionary at scale of the city and the inventory of data collected by the departments.

An example of the IDEA office in action is how it used data on Philadelphia residents to enroll more families in the child tax credit program after President Joe Biden signed the American Rescue Plan Act. Last year.

In an April article, Philadelphia Mayor Jim Kenney wrote that with ARPA’s expanded tax benefits, 75,000 Philadelphians, including 46,000 children, could be lifted out of poverty. But not all families who needed benefits received them. The IRS estimated that up to 14,000 children in Philadelphia had very low-income parents or guardians and were not receiving child tax payments, Kenney said.

“There’s a layer of people who are the poorest, the lowest income who don’t file tax returns, who weren’t going to get it automatically,” Moore said, so the office of the IDEA has focused its efforts on identifying and reaching out to these families.

The bureau used local social services data that revealed which households were participating in the state’s Medicaid program, homelessness prevention services, or forest and family care. Families participating in these programs fit the description of those who receive the child care tax credit and would therefore likely qualify for the program, said Solomon Leach, communications manager for the Office of Empowerment and Opportunity. communities (CEOs).

To manage the data, which is stored in an Oracle database, the office uses a custom ETL process that copies some of the data from the source agency and sends it to the IDEA system. Then an algorithm matches the new record to one that already exists in IDEA’s system to ensure they belong to the same person, Leach said.

“It’s based on point values, so if dates of birth match, for example, a record is given a number of points for matching on that attribute,” he added.

The next step is to translate the data into information that city officials can evaluate to move forward with the best course of action, Moore said. IDEA provides data users, such as departments or research partners, with information in various formats, such as client-level datasets as well as tabular data for aggregation or analyzes that can then be incorporated in reports, summaries and presentations. When presenting geographic data, IDEA uses maps or dashboards created with Esri’s ArcPro and ArcOnline enterprise software.

Once names and contact details were available, CEO and PhillyCounts outreach teams reached out to families via mail, phone calls and text messages to notify them that they could claim Child Tax Credit payments and qualify for free tax preparation.

IDEA’s future goals include “working with public and private partners to explore new data-sharing opportunities that improve data completeness and accuracy,” Leach said, which will help the office achieve its goal. to serve local residents in the best way.

IDEA is negotiating with the state to access more data such as income and entitlement information, Moore said. The bureau is also interested in working with hospital systems to acquire emergency room data, but any discussions are still preliminary.