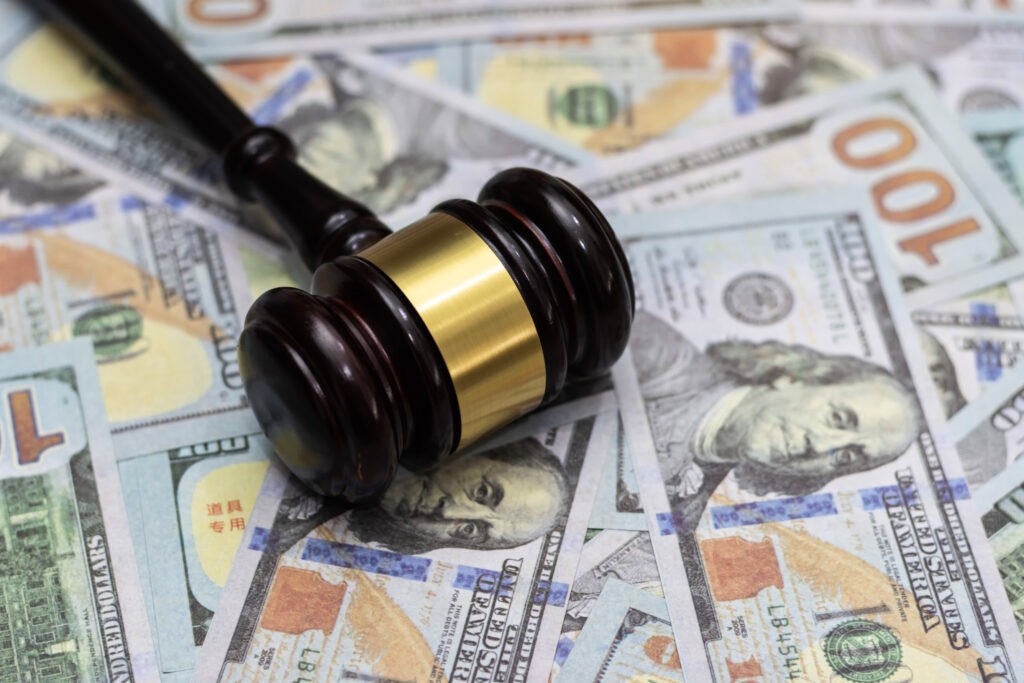 One of the defendants in a million dollar banking scheme to defraud the federal government has been fined $500 for his role in the case.

U.S. District Judge Stephanie Rose on Tuesday sentenced Susan McLaughlin of the now-closed Valley Bank in Moline, Ill., to jail for conspiracy to commit mail fraud and imposed a $500 fine. and a special contribution of $100.

McLaughlin was one of several people charged in connection with a scheme by which Valley Bank attempted to defraud the Small Business Administration of millions of dollars.

Larry Charles Henson of Davenport, the bank’s former chairman and president, allegedly led efforts to transfer millions in potential losses from the bank to the SBA, court records show. Prosecutors alleged that Henson and others – including Michael Barry Slater of Des Moines, who was the founder and president of Vital Financial Services in Clive – designed these loans so that it appeared borrowers were eligible for the guarantees of the SBA.

To do so, according to court records, they filed loan guarantee applications that included misrepresentations regarding both the borrowers’ eligibility to receive the loans and the eventual disbursement of the loan proceeds.

As part of the scheme, Henson and Valley Bank vice president Andrew Erpelding asked McLaughlin, also the bank’s vice president, to change the bank’s loan repayment reports. McLaughlin complied, according to court records, by altering a borrower’s payment history to remove any evidence of overdue payments.

In March, Henson was sentenced to nine months in prison and ordered to pay $4.5 million in restitution after being charged with wire fraud. Slater and Erpelding have not yet been convicted for their role in this case.

Prior to McLaughlin’s sentencing, prosecutors pleaded for a one-year probation, saying his “criminal acts caused significant harm.” Such a sentence, they argued, would “deter future criminal acts” and would also “underscore the seriousness of the offence, promote respect for the law, and provide a just and well-deserved sentence.”

Defense attorney: McLaughlin was a ‘whistleblower’

McLaughlin’s public defender, Melanie S. Keiper, had argued for the sentence that was imposed, telling the court that McLaughlin, now 68, carried out Henson’s orders under threat of being fired.

“She wished she was strong enough to stand up to Larry Henson and risk losing her job,” Keiper told the court. “She ultimately lost it anyway, along with the value of her employee stock ownership plan, due to Henson’s repeated actions that caused the bank to fail.”

Keiper called McLaughlin a “whistleblower” who provided documents to investigators and showed listeners where to look.

“His reward for such behavior is a felony indictment and conviction,” Keiper said, adding that his client, although a bank vice president, “was literally the lowest cog” in the machinery that was built to defraud the SBA. Keiper described McLaughlin’s role as nothing more than “data entry“.

A pre-sentence inquest report on McLaughlin, cited by Keiper, said McLaughlin “did not appear to be involved in the planning or organization” of the scheme and “did not exercise any decision-making authority.”

“Henson was the undisputed leader, mastermind and dictator,” Keiper told the court. “Even though no bodily harm was reported, she still felt threatened.

Lawyer: the bank’s lawyer had a conflict of interest

In arguing for the lesser sentence, Keiper told the court that his client and other bank employees received legal advice from attorney Jeff Lang of the law firm Davenport Lane & Waterman, who was a client and a supplier to Valley Bank.

Either the bank or the bank’s holding company paid for those legal services, Keiper told the court, adding that Lang assured McLaughlin that authorities were only interested in pursuing a case against him. Henson.

In 2014, Keiper said, McLaughlin “told investigators everything she knew” and provided them with the evidence that would later be used against her.

“Lang had a conflict of interest with each of these employees that he certainly should have been aware of as a former United States Attorney,” Keiper told the court. “He represented Valley Bank and also advised Ms McLaughlin and many others in the same criminal case in which they were opposing parties and in which he was paid by the bank.”

Keiper alleged that “the faulty legal advice given to Ms. McLaughlin by Lang caused her to provide statements and documentation to incriminate herself, and (which) subsequently led to this lawsuit”.

The Iowa Capital Dispatch could not reach Lang for comment after Tuesday’s sentencing.

According to Lane & Waterman, in addition to spending more than 15 years as an assistant or acting U.S. Attorney for the Central District of Illinois, Lang was once an FBI agent and now heads the criminal defense practice. white-collar worker from the law firm.