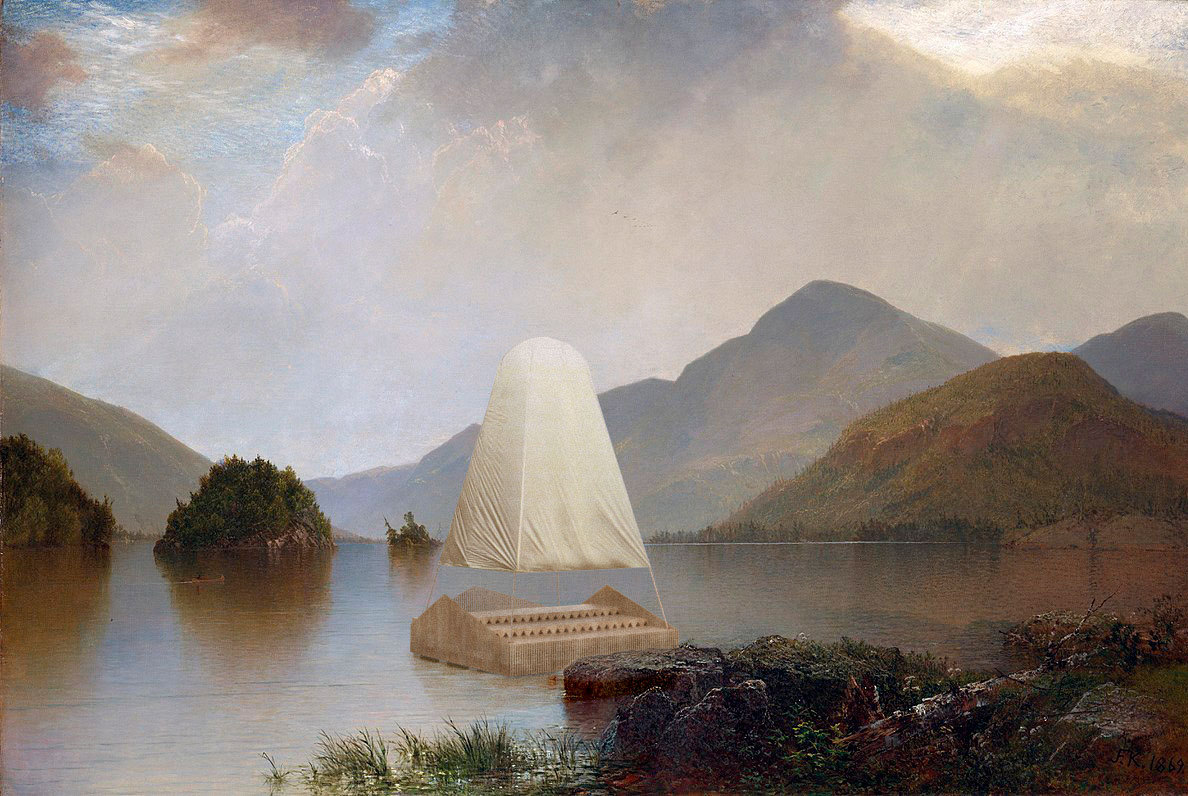 Outsider magazine and the Municipality of Maribor announced the winners of the international competition “Floating flag on the Drava river”. The aim of the competition was to come up with an innovative design for a floating pavilion that would have two main functions: a space for smaller events during Lent and a space for contemplation by the river. The Municipality of the City of Maribor will invite the winning candidate to participate in the implementation of the project.

Responding with spirit to the brief of the competition, Federico FiorinoThe proposal of was unanimously declared the winner by the jury. The pavilion consists of a floating wooden platform and a floating canvas stretched by a helium balloon. This unusual rooftop solution is both subtle and impactful, acting as a placeholder for the city. A poetic tension between the two materials, the helium balloon and the canvas, is felt in the structural design of the roof. The jury appreciated that the project was complete and well thought out in many respects. The platform creates its topography by changing the heights of smaller platforms. The plan was also chosen to achieve maximum stability with the simplest construction methods. The inflatable helium balloon raises the size of the pavilion above the imposed limit of 4 m, but it does not limit its mobility. The proposal therefore circumvents the rules without violating them.

Read on to discover the finalist proposals, with the text of the jury’s evaluations:

The second place winner considers two ways to use their flag. Towards the city, the design acts as a covered stage facing the boarding. The stage covering turns into a staircase facing the river. The layout also allows reverse use: a covered space facing the river and a stand facing the embankment, which can thus become a stage or a room. The pavilion is structurally simple, but it has a clear and recognizable architectural expression. One of the disadvantages of the solution is that the height of the pavilion limits its mobility along the Drava River, as the walkways only allow a height of 4 meters to be transported below.

The proposal represents a discreet wooden pavilion intended for a variety of uses. The most common typology among submissions was a simple pavilion with a semi-transparent roof on pillars. The jury judged this proposal the most successful of them. The jury assessed the lightness and simplicity of the building as its main assets. But it is precisely from this approach that the concerns of the jury arose, because due to its simplicity, the pavilion does not act as a marker in space.

The pavilion has a circular floor plan. The space is delimited by walls that create semi-open spaces oriented differently. The roof is made of inflatable canvas and is used during events, which gives the pavilion a changing character, either an open platform with walls or a covered object. It acts both as an object of light and an attractive marker of space. The circular shape of the platform as well as the walls suggest an opening in different directions, but the fixed walls are problematic because they close the views of what is happening in the building from the embankment and at the same time restrict the views too much. River .

The project offers a poetic reflection on the history of rafting. The pavilion consists of three architectural elements: the base, the colonnade and the roof. The pillars are made of rough logs and thus relate to the tradition of wooden rafting along the Drava River, while on the other hand they are based on a reflection on the origin of the architecture and the hut primitive of Laugier. Rough tree logs visually mark the functional limits of the pavilion, which therefore does not need a fence. Concerns arise about the materiality of the pavilion: can this approach of raw simplicity produce added value or spatial revalorization for the city? Nevertheless, the project stands out for its inspiring reflection and reinterpretation of nature.

The pavilion consists of a grid of smaller, collapsible platforms. The system allows platforms to be arbitrarily joined and loaded, creating a complex matrix with many possible permutations. Thus, the pavilion creates a variety of topographies according to the needs of the program: a flat surface for dance performances, a staircase for singing, etc. All construction elements are made of wood and the roof is made of lightweight canvas. The roof construction consists of thin wooden pillars at regular intervals, which is not an ideal solution in terms of staging shows and events, as it interferes with the performative space of the pavilion. However, due to a thoughtful upgrade of the basic function with platforms that can detach and become a mobile ship, a recognition award was given to the project by the jury.

How Crostyx Hockey Stayed On The Ball With Spond