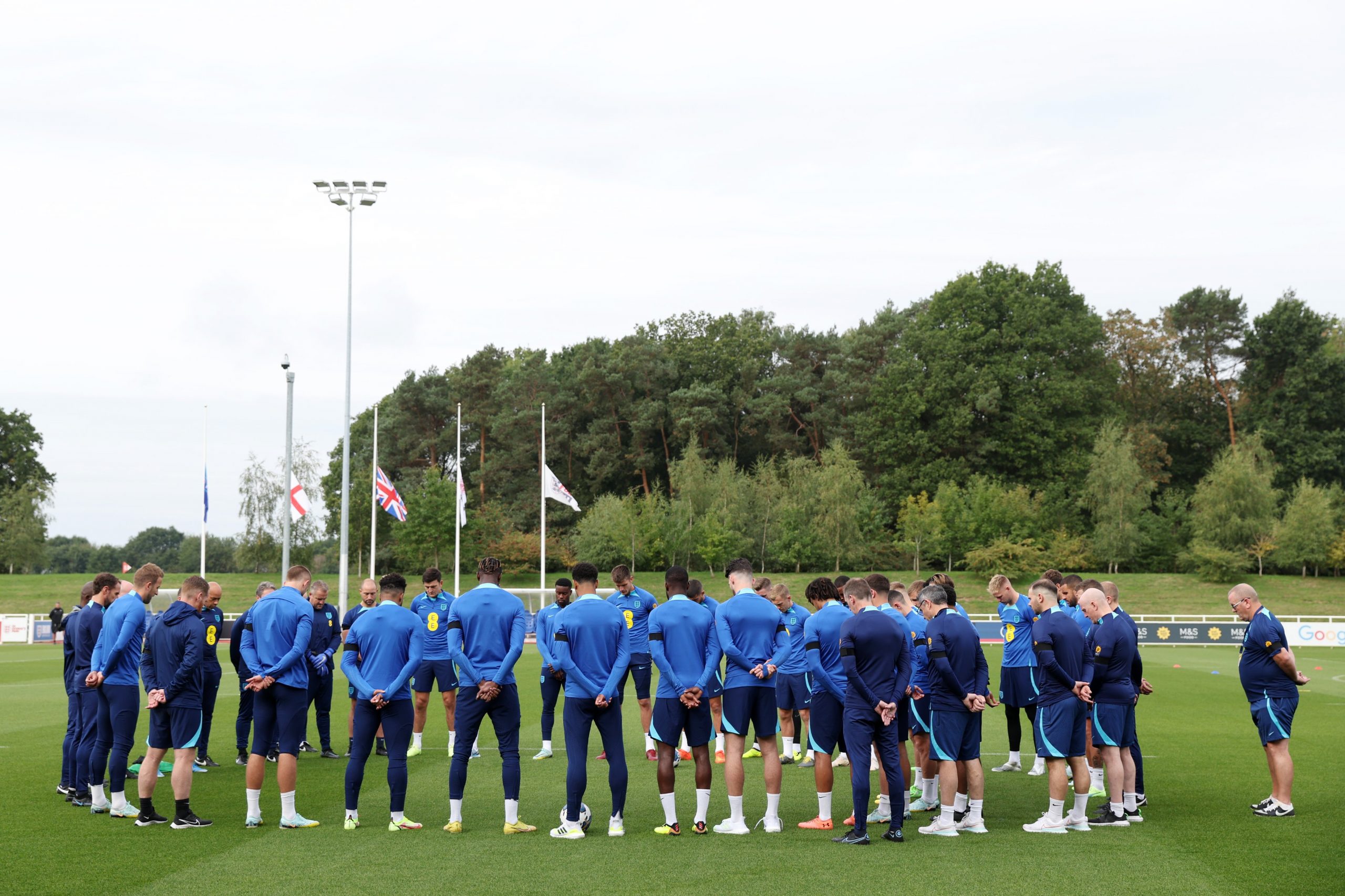 Speaking to Sky Sports. Capello said: “When I coached the team in September, October and November, we were ready to face the best teams in the world. In March and April it was average because the physical level dropped, and then we found it very hard in June.

Before today’s training session, the #ThreeLions observed a period of silence in remembrance of Her Majesty Queen Elizabeth II. pic.twitter.com/4y0kdg2LlO

While Capello was optimistic about the positive effect a winter World Cup could have on England’s chances at the World Cup, he revealed he was concerned about the mentality of England players.

The Italian said: “The only doubt I have is in the minds of the players. English players feel responsible. They get closer to success and then feel that sense of responsibility like a weight on their shoulders.

“If we look at the second half of the [Euro 2020] final against Italy after scoring, they stopped playing. And what amazed me is that they were already wasting time on 30 minutes. They were wasting time and they didn’t want to play anymore, so they didn’t. It seems to be a mental problem.

Capello is right and England’s inability to continue playing on the foot after scoring early in this final suggests these England players have an overwhelming fear of failure.

Building on the 2020 European Championships

However, Gareth Southgate and his team have an opportunity to rectify that failure and build on what has been a largely successful Euro 2020 campaign.

Although the tournament had a sour ending, there were plenty of positives to take away from the experience as an England fan. The young stars performed very well and showed maturity beyond their years, the team was defensively solid and there was a real sense of unity between the players, staff and supporters. Something that was missing for too long from the English national team.

If Southgate’s men can take advantage of what Fabio Capello considers a perfectly timed World Cup and use the disappointment of Euro 2020 to motivate them rather than weigh them down, then England have every chance of succeeding at the Cup. World Cup Qatar 2022.