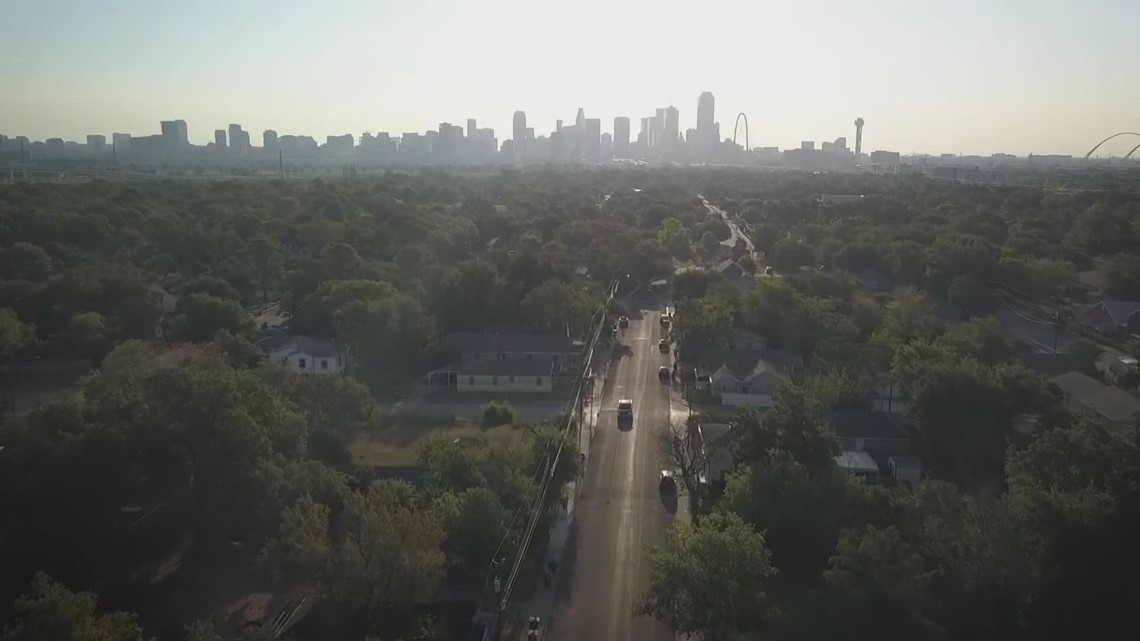 DFW housing market: It doesn’t look any calmer in 2022, so far

We check back in with real estate agent Joe Atkins, who says the real estate frenzy just keeps accelerating.

DALLAS – Throughout the pandemic, I’ve been updating you on the unprecedented real estate market here. We had several conversations with broker Joe Atkins of Joe Atkins Real Estate.

Atkins really just put into perspective what we saw in North Texas. Over the past year, home prices here have gone up more than 30% in some places. Even if they only went up 24% (and I’m saying “fair” – that’s a huge appreciation in one year), that would mean that every month a house would become 2% more expensive to buy.

“Competitive is the word,” Atkins said. “It’s pure competition at this stage.”

And that’s why Atkins said what used to be called the “list” price or the “asking” price has been renamed. Now, “That’s the starting price”.

Last May, I shared a story of Atkins on a million dollar listing in Southlake, where a buyer bid $300,000 to get the house.

Atkins said a market comparison in that same neighborhood just showed that less than nine months later, the home that started at $1 million and sold for $1.3 million would now fetch around $1.55 million. of dollars. And it’s not just the most expensive homes.

Atkins recalled a home in Frisco that went for $375,000 in January.

The houses attract so many offers that Atkins regularly starts a spreadsheet for each house just to keep track of all the offers.

“Oh yeah, we use spreadsheets for sure,” Atkins said.

How do you compete? Many people forgo valuation contingencies.

If you have financing and waive appraisal contingencies and offer $500,000, but the bank has decided it’s only worth $465,000, you’ll have to find the extra $35,000 or risk breaching the contract and to lose your deposit. But people do it because the faster you are, the more competitive you are.

If it helps, Atkins said most of the new listings he sees seem to hit the market on Thursdays and Fridays.