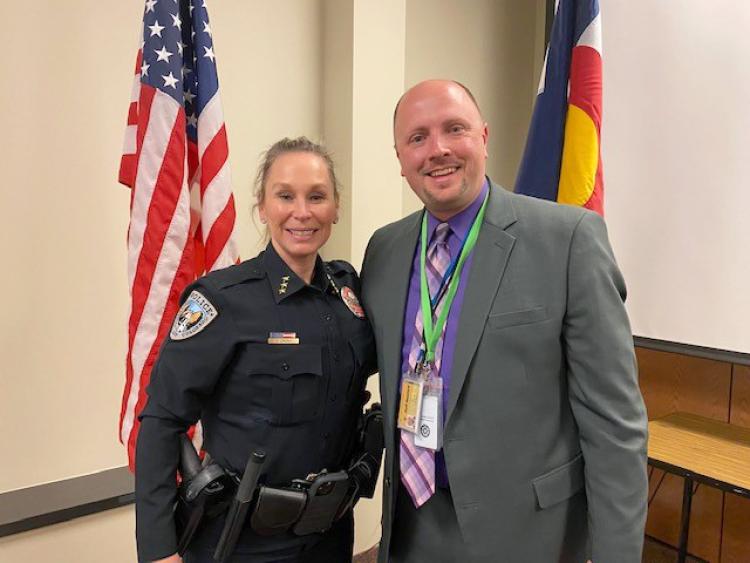 A sergeant at the University of Colorado at Boulder is leading the way in using an assessment tool used to determine a victim’s level of danger of domestic violence, and officials hope the tool will soon be used across the county.

The Lethality Assessment Program was initiated by the Maryland Network Against Domestic Violence, based on research on the characteristics of domestic violence cases that have resulted in the death or imminent death of women.

The assessment tool was in use in Douglas County, Colorado. So when Doreen Jokerst left Parker to become Police Chief at CU Boulder, she asked Sergeant CU. Eric Edford to consider bringing the tool to Boulder.

â€œThe reason we love this (assessment tool) is the scientific research that supported it,â€ said Edford, who is part of the department’s investigative unit. â€œThat’s why we were really drawn to it. “

The assessment tool consists of eleven questions. An agent responding to the scene of a domestic violence call that determines that the case meets response-based criteria will automatically follow a defined protocol that connects the victim to domestic violence resources.

The protocol is triggered automatically if the victim answers yes to one of the following three questions:

The protocol is also triggered if the victim answers yes to four of the following eight questions:

Boulder County Assistant District Attorney Anne Kelly, who leads the office’s recently established Domestic Violence Response Team, said she believes this assessment tool is effective because it takes into account knowledge of the victim and the entire history of the relationship so that assessments that rely on criminal history or the facts of the current case do not.

â€œWhat I like about this assessment tool is that the risk information comes from the victim,â€ Kelly said. â€œThe victim is the most reliable and effective predictor of risk. “

As an example, Kelly noted the question, “Do you think he / she could try to kill you?” “

But while much research and studies have been devoted to examining risk factors, Edford noted that using the assessment is a simple yes or no question and easy for officers on the scene.

“That’s the right thing, the questions themselves are pretty self-explanatory,” said Edford.

Edford led efforts to train more officers in the use of the tool so that all Boulder County agencies can use it.

â€œHe was just amazing in his courage and leadership,â€ Kelly said of Edford. â€œIf all of our agencies use this tool, we can incorporate it into the bond arguments. I hope that would be another tool to present to our judges.

Boulder District Attorney Michael Dougherty said it was important to assess domestic violence cases given the risk of these defendants reoffending.

â€œIt’s about us in the criminal justice system doing a better job of identifying where the greatest risk lies and we have a better response,â€ Dougherty said.

Edford said domestic violence calls are not only dangerous for victims, but also for offenders and officers. Edford’s work was honored at a ceremony for Boulder County Domestic Violence Advocates named after Beth Haynes, a Boulder police officer killed while responding to a domestic violence call.

â€œThese are volatile types of crimes and types of volatile situations,â€ Edford said. “It is fatal for the police who enter the scene and fatal for the victims and sometimes the attackers. “

With that in mind, Edford said he has had discussions with the Colorado District Attorney’s Council about disseminating this assessment tool not only in Boulder County, but statewide.

How the pandemic is reinventing retail