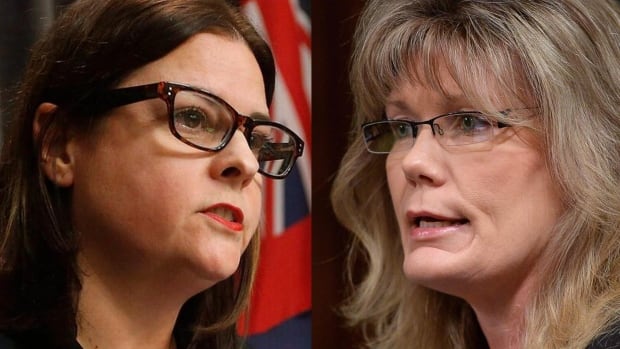 The president of the Manitoba Progressive Conservatives defends a vote that saw Premier Heather Stefanson become party leader as her rival challenges the result in court.

Tom Wiebe says a spreadsheet sent out on election morning was never meant to be the final vote count and that campaign leaders were aware of it.

Shelly Glover, who lost last month to Stefanson by a small margin, alleged there were irregularities in the counting of the ballots and wants a judge to order a new vote.

Glover, his deputy returning officer and two other supporters filed affidavits in support of his claim.

The Progressive Conservative Party also tabled documents indicating that the election was fair.

Those affidavits are being cross-examined this week in the Court of Queen’s Bench, and then Glover’s case is expected to be argued before a judge on December 10.

Glover, a former Member of Parliament and police officer, did not get 49 percent of the vote in the October 30 vote. When the results were announced, the ballots totaled 16,546, with Stefanson winning 51 percent.

Glover alleges his team received a spreadsheet in the morning with a smaller tally of total votes.

One of the people acting as scrutineer for Glover’s team, in an affidavit, said they saw unsecured ballot boxes coming out of the room where the votes were counted.

Wiebe defended the election tally and said â€œthis spreadsheet wasâ€¦ strictly to tell them who votedâ€.

In another affidavit, a partner at a chartered professional accounting firm who helped conduct the vote claims that the ballot boxes were removed after the count was completed.

The ballots were then taken into a vehicle, guarded by a security company, and returned to a secure room at the accounting firm’s offices, the affidavit states.