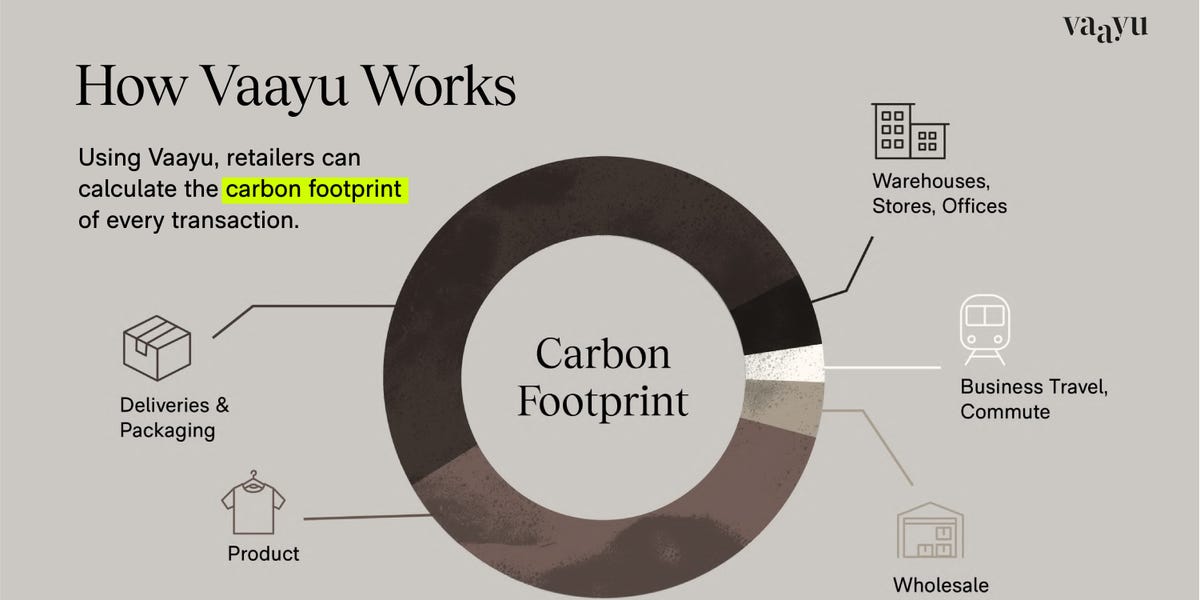 In 1996, when Namrata Sandhu was 13, she started her neighborhood’s first recycling program in Bombay, now Mumbai, India.

Today, Sandhu is the co-founder and CEO of Vaayu, a carbon accounting startup specializing in reducing the carbon footprint of e-commerce and

The Berlin-based startup, founded in 2020, just landed $11.5 million in a funding round led by Atomico, which backed Klarna, with a follow-on investment from climate tech firm CapitalT and the stake from Seven Seven Six, a company that invests on behalf of Reddit co-founder Alexis Ohanian.

Sandhu, a former sustainability manager at Zalando, has spent the past decade working at the intersection of retail and sustainability. She spent a lot of time calculating carbon footprints on spreadsheets and managing large amounts of data.

“That’s not why you do what you do,” Sandhu told Insider. She added that sustainability teams want to understand the levers to pull to change the business, but face a “huge” data and tools gap, which Vaayu aims to fill by helping teams move away. calculations and take action.

The platform, which operates a software-as-a-service model, is fully automated; Through data and reporting, it tells customers what to change and prioritize to reduce emissions in real time.

The company claims it can calculate the carbon emissions of specific products. Rather than needing full transparency into a retailer’s supply chain, Vaayu matches the data the retailer has with its proprietary database to fill in the gaps. A product’s carbon footprint can include data on its box size, delivery routes and materials.

Vaayu says it aggregates all of its footprint data so customers can see how they stack up against an industry average. “I think a big part of calculating the carbon footprint of the product is understanding what good and bad look like,” Sandhu said.

After calculating and reducing emissions, companies can offset the leftovers through Vaayu’s Offset and Elimination Projects Marketplace. The startup said it does not make money from this service.

Vaayu was founded amid a pandemic-fueled e-commerce boom. “It brings a lot of environmental changes to the business and the footprint,” Sandhu said. She added that reducing emissions caused by packaging and delivery was often seen as a low-hanging fruit for online retailers – something brick-and-mortar stores don’t have to consider.

Vaayu plans to use the new funds to expand its product capabilities, starting with the fashion industry. The startup has 25 employees and aims to reach 75 by the end of 2022. Vaayu has raised $13 million to date.

Terese Hougaard, director at Atomico, will join Vaayu’s board, making it 75% women in the male-dominated venture capital world.

“I’m a founder, and a lot of what we do is make sure the company is represented across the business, and I think that’s just as important at the board level of administration,” Sandhu said.

Check out the 11-slide deck the company used to raise funds.

Self-service analytics is the key to agile decision-making