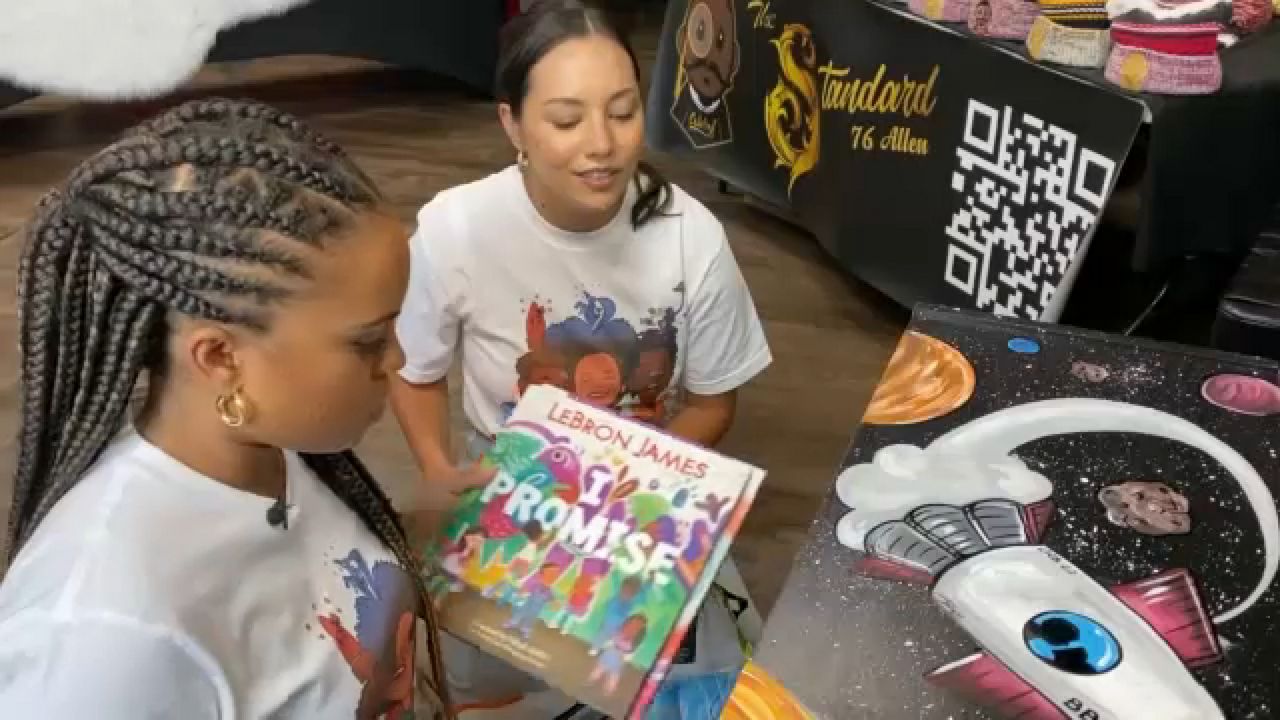 BUFFALO, NY — The National Evaluation of Educational Progress, or NAEP, is the largest nationally representative and continuous assessment of what students know and can do in various subject areas.

The 2019 NAEP report card for reading shows that 18% of fourth grade black students met or exceeded the NAEP proficiency level.

Compare that to 45% of white fourth-graders who met or exceeded the NAEP proficiency level.

A group in Buffalo is working to close that literacy gap.

Ruqayyah Simmons and Jelicia Jimenez are the founders of an organization called Black Boys Read Too, Incorporated.

“I’m a fifth-grade teacher,” Simmons said. “I found there were a lot of gaps, especially with African American boys in my class and other classes I’ve been involved in. And so we’re just trying to find ways to put in books in the hands of boys.”

Simmons teamed up with Jimenez, a library and media specialist at Elmwood Village Charter School and the two launched an initiative called Barbershop Bookshelves. They bought books with their own money and put up shelves in three hair salons in Buffalo. Why hair salons?

“We thought of hair salons as meeting places and kind of thought about how sometimes kids might pull out a tablet instead of really having a moment to read a book and interact with their families, so we thought and so we thought that was a really good place for that to happen,” Jimenez said.

Simmons says barbershops have traditionally been a place where young African American boys go with their male family members. Everyone gets their hair cut on the same day and it turns into a one day experience.

“The camaraderie, the relationships, the mentorship aspect that happens in a very huge, intimate way here in a barbershop,” said Barker, owner of The Standard in Buffalo. “With this initiative, with these books and different things of that nature, it definitely lends to the need to open up the conversation to get back to the kind of family, to the post of what’s going on in our community with our black boys.”

Simmons says she finds it easier to get young African American girls in her class to read because there are tons of books aimed at them. She says it’s more difficult to get young boys to choose books. The goal was to find books that showed images of African American boys they could relate to, so Simmons and Jimenez selected books with black characters, protagonists, heroes, and role models.

There are also books that also cater to young black girls because sisters go with their brothers to hair salons.

“It’s always been inner-city college students, African Americans, and kids of color,” Simmons said. “There’s just less resources in the city schools and often it’s students who can’t afford tutors, and their parents have multiple jobs, so they often don’t have the support.”

“The big dream is to take it to other cities, maybe nationwide, and we’re really looking forward to having contextual literacy events in the community,” Jimenez said.

You can find more information about future Black Boys Read Too events on their Instagram page.

This is a great opportunity for children. There are similar opportunities for people of all ages.

Dozens of small free libraries are located in Western New York. It’s part of a global movement where you can take a book or leave a book, all for free.

Neighborhood Libraries can be built by just about anyone.