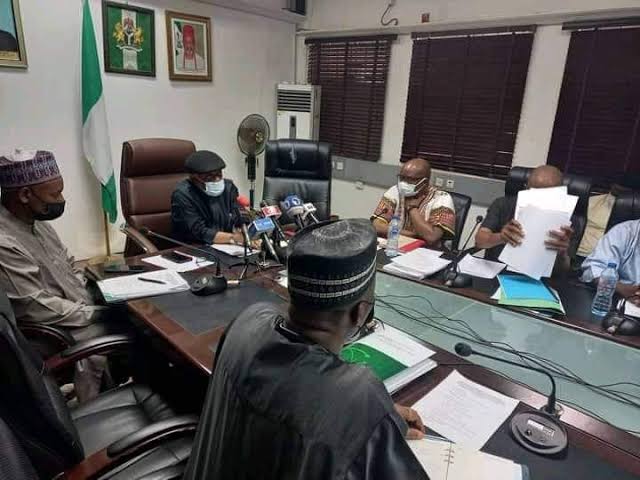 A staff member of the University of Benin, Prince Carter Oshodin, committed suicide on Friday due to his dire financial situation.

Oshodin, who had not received his salary for months due to the strike called by the university unions, was a data entry staff at the university.

It was established that the Union of Non-Academic Staff to which the deceased belonged had recently ended its strike, but that the members had not yet received their salaries.

A University professor, who would not want his name mentioned due to the emotional nature of the case, told a national newspaper on Saturday that it is disheartening that they have not been paid since the start of the strike. He also wondered why those who called their strike are still not being paid by the government.

He said: “Yes, it was our staff who committed suicide for lack of money. Even a few months ago, he reportedly counseled people on coping strategies and yet he committed suicide, which put his family in deeper trouble.

“We haven’t been paid since we went on strike. We are on September 10, the non-academic staff who have since taken over have received nothing. Boko Haram! No to Western education!

Another colleague simply known as Edward said the late Oshodin on his Facebook page lamented that he could not cope with his finances and was finding it increasingly difficult to pay the fees. education of his two daughters.

He said: ‘He took his own life on Friday and according to a post on his Facebook he said he was facing financial difficulties and could afford school fees for his two young daughters. It’s a pathetic situation.”

At the time of filing this report, the UNiBEN public relations officer, Dr. Benedicta Ehanire, told the reporter to text her, which received no response, while the Edo State Command Police Public Relations, SP Chidi Nwabuzor also did not respond. a message is sent to him.