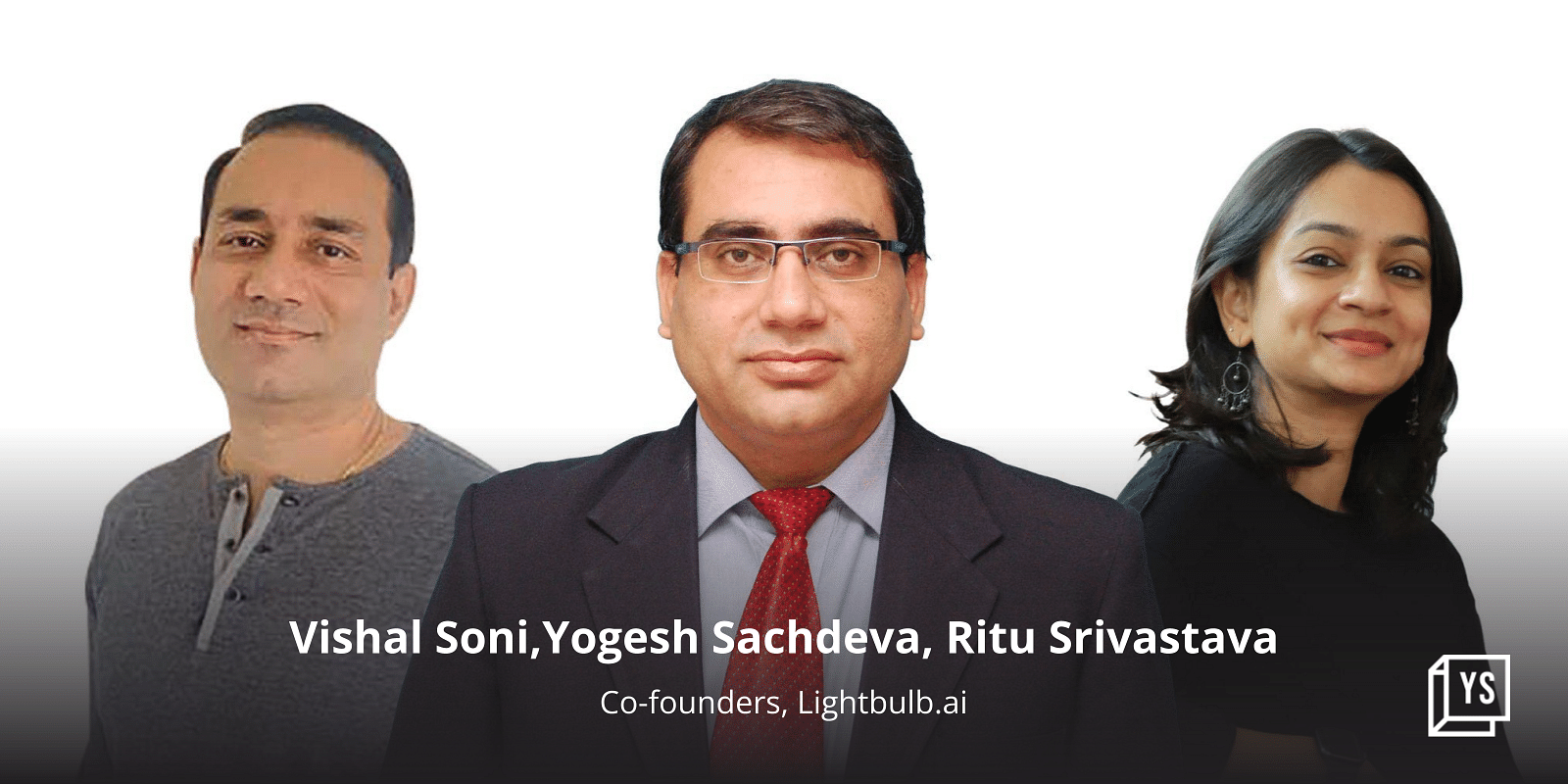 Serial entrepreneur Ritu Srivastava was shocked when she saw how her now-teenage daughter was navigating online learning. This led her to question the attention, and by extension the engagement, of students in these virtual classrooms.

“Are they learn ? she thought.

“And that’s where the whole conversation started,” says Ritu Your story. “When things happen in your own life, it gives you insight into a potential problem.

Ritu set out to solve this problem by creating an artificial intelligence (AI) emotion sensing platform that maps emotions in any digital or remote interaction. She teamed up with Vishal Soni, who is her husband, and co-founder Yogesh Sachdeva to launch Lightbulb.ai.

Founded in 2020, the startup is the trio’s second entrepreneurial stint, having previously built and left Obino, a digital health and weight loss coaching startup.

Lightbulb.ai uses machine learning (ML) models to detect the emotions of participants in the video conference or when they consume content. These details are shared in real time with users to gauge the engagement and interest of attendees and audiences in real time.

The Mumbai-based startup’s technology examines human faces and maps the emotion – such as joy, anger, sadness – and engagement that the person displays. Lightbulb’s basic unit of analysis is a face frame, which it captures by taking screenshots and analyzing the faces in those screenshots.

For example, in a meeting with multiple participants, the host or presenters will receive instant alerts at fixed intervals regarding user attention. The platform requires participants’ permission to use their webcam for facial detection.

The startup claims its accuracy ranges from 70-85% on different emotions depending on factors like image resolution and clarity, and lighting conditions, among others.

“Our key metric however is our engagement or attention algorithm which takes into account multiple factors and there our accuracy ranges from 80-90%,” explains Lightbulb.ai.

The startup focuses on three verticals: distance learning, consumer research, and sales enablement. A horizontal platform, Lightbulb.ai says its technology for all three sectors remains the same but can be deployed in multiple instances.

Its base dataset now has 3.1 million faces. The product is offered as a Software-as-a-service (SaaS) product, which is billed on the basis of access and data volume. It starts from $50 per user per month and goes up to $75 per user per month for enterprises. The average ticket size is usually between $1,500 and $2,000 per month and is focused on medium-sized organizations.

Although the idea for Lightbulb.ai started out of concern for students, the co-founders realized that the technology had many other applications in different verticals such as market research or retail, in addition to education.

They started working on the idea in mid-2020.

The co-founders had sold Obino in 2017 to US healthcare company Roundglass Partners. While Ritu and Yogesh had a vesting clause to work with Roundglass through 2021 to help them build a bigger health product, Vishal didn’t.

With Vishal, Lightbulb.ai took a step ahead of the original product.

“This kind of technology is ML-based, which means you have to collect and train a lot of data, and that takes time,” says Ritu.

The startup hired a few developers, who started with training models and a team of data entry operators. Then, in 2021, Ritu and Yogesh joined full-time.

Screenshots from the videos were broken down into individual frames, and the team performed annotation tagging, a technique by which data is labeled to make objects recognizable by machines. For Lightbulb, that meant tagging faces with a particular emotion.

Lightbulb.ai captures the different emotions of users at every moment and plots them in real time.

Every moment during a call or video, Lightbulb.ai captures different levels of emotions.

This process is time consuming even with the tools available and is followed by human verification of sample data. Lightbulb.ai has built its own emotion recognition algorithm that this data passes through further.

This technology, based on more than 90 facial landmarks, already has four patents in the pipeline.

He first tested this product with a few clients and passed the data on to investors to raise his first round, which he announced last month. The team launched the company from its first-year savings through July 2022. Lightbulb.ai raised $1.5 million in a pre-seed funding round, led by Chiratae Ventures & 9Unicorns at the top of the cycle. Anthill Ventures and VideoVerse, an AI-driven video editing company, also participated in the round.

The startup says the funds are intended to deepen datasets and improve its ML algorithms. It further plans to expand its team and products to a variety of industries.

Currently, the startup has 11 people in its team.

“The intent to use this funding, because this type of technology is expensive to build and the resources you need are very expensive to hire, is not so much that we couldn’t run the business without it. , but we would have been very compromised if we tried to squeeze it out of our own pockets,” Ritu says.

The company is focusing more on the international market for the product, where demand is higher.

“We actually understood what it means to create B2B SaaS (products) for the global market, and what are the business challenges and strategies around it,” says Ritu.

Although emotional AI technology sounds like science fiction rather than reality, startups around the world have been developing tools to track the emotional engagement of users.

Lightbulb’s offering is similar to that of players like Entropik Tech in a global emotions market, which is expected to grow from $43.3 billion by 2027, at a CAGR (compound annual growth rate) of 12. 9% over the forecast period, according to a report by MarketsandMarkets.

Letter from the Editor: Farewell